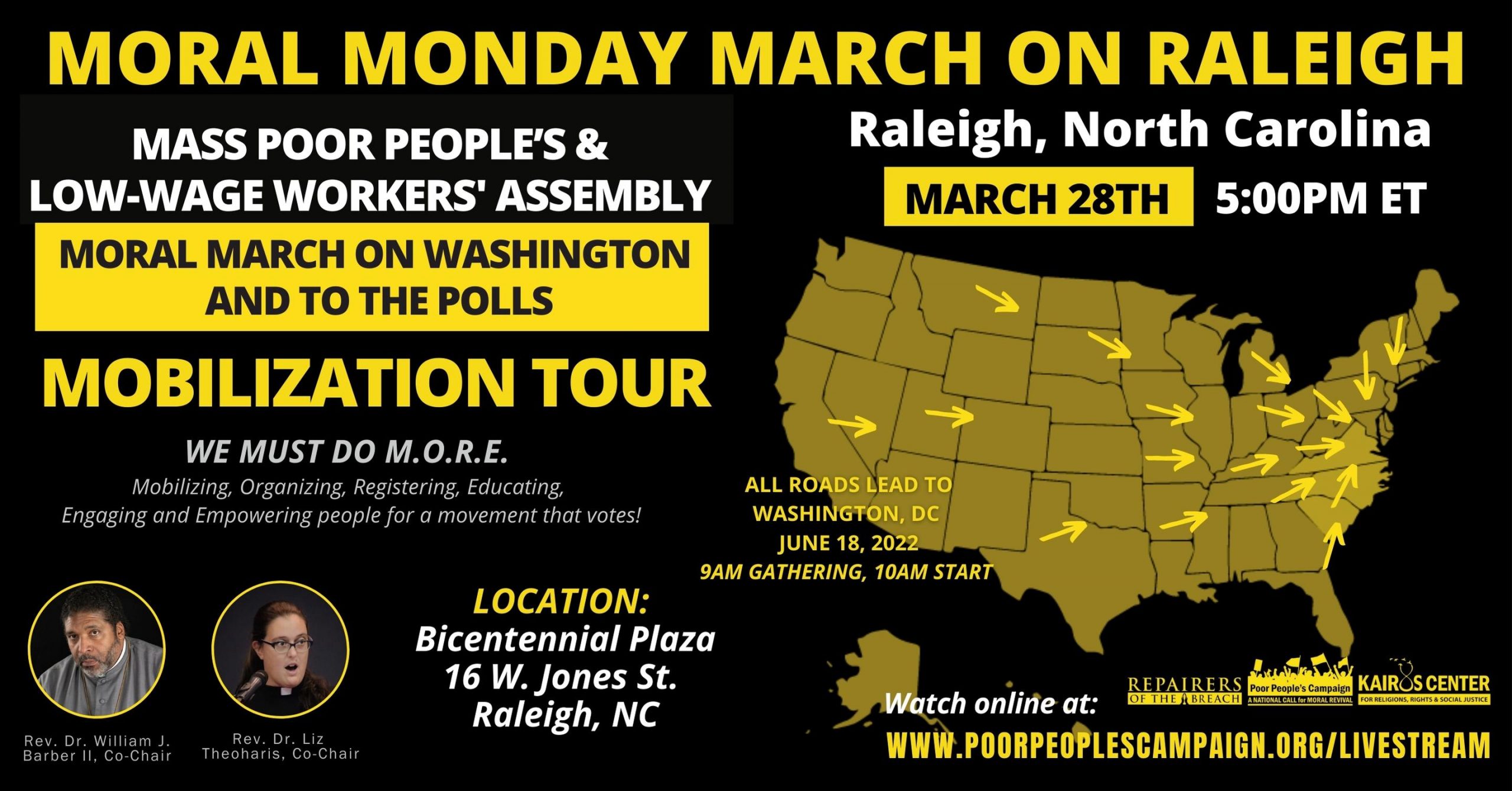 The Poor People’s Campaign: A National Call for Moral Revival is bringing a Moral Monday March on Raleigh to the steps of the state legislature on Jones Street. In North Carolina, we know the power of bringing together a fusion coalition of people around a common set of demands. The state legislature continues to drive its extremist agenda using voter suppression and gerrymandered maps. Their policies are disproportionately hurting the 4.6 million poor and low-income people of our state. And the US Congress has failed thus far to pass real support that would fill the gap. We are coming to Raleigh to put our state and federal elected officials that this system is killing ALL of us and we can’t… we won’t… we refuse to be silent anymore!

The Moral Monday March on Raleigh is part of a 10-stop mobilization tour toward the Mass Poor People’s and Low Wage Workers’ Assembly and Moral March on Washington and to the Polls on June 18, 2022.

The Moral Monday March on Raleigh will lift up the voices of impacted people from across NC as well as Virginia and South Carolina, joined by faith leaders, moral allies, and artists to demand that NC and this whole nation do MORE to live up its possibilities.

Read more about how you can join us in Raleigh for the Poor People Campaign’s Moral March!