7 million Californians live near oil and gas wells. This bill could change that.

Posted on April 13, 2021 Categories: Latest News Comments are off for this post 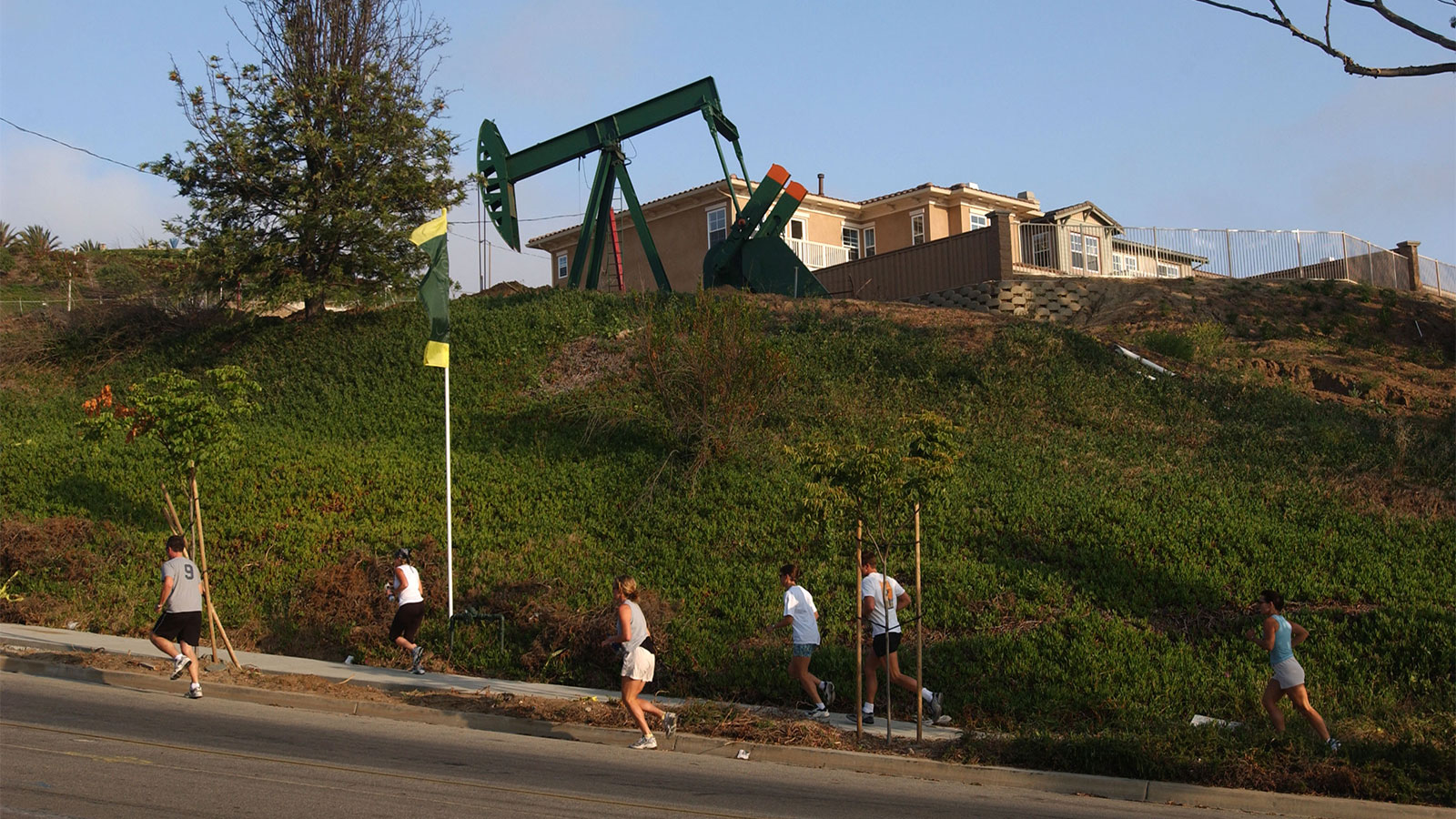 Despite its green reputation, California has a big fossil fuel problem on its hands: neighborhood oil and gas drilling. In California, there’s nothing preventing frackers or drillers from setting up shop right next to your home, school, or hospital — and indeed, this is the reality for 7.4 million Californians currently living within 1 mile of oil and gas drilling operations, who are disproportionately non-white and low-income.

Now, a new state bill called S.B. 467, slated for a hearing in the California Senate Committee on Natural Resources and Water on Tuesday, may reshape the lives of frontline communities by eliminating fracking and instituting mandatory buffer zones between oil and gas extraction and places where Californians live, work, and study. These buffer zones, known as setbacks, have long been fought for by communities impacted by the oil industry.

The oil and gas industry makes a huge impact on public health in California, especially for the frontline communities living the closest to oil and gas wells. These extraction sites release toxic pollutants into the air, including chemicals known to cause neurological damage, increased cancer risk, and reproductive harm, like volatile organic compounds, nitrogen oxide, formaldehyde, hydrochloric acid, and others.  Proximity to oil and gas extraction sites has been linked to a range of health problems, including acute symptoms like rashes, migraines, and nosebleeds, as well as higher rates of asthma attacks, cancer, general hospitalization rates, high-risk pregnancies, and preterm birth. The COVID-19 pandemic adds another dimension of health risk: Exposure to pollution, in particular the fine particulate matter known as PM2.5, has been found to make the virus even deadlier, and conditions like lung disease that are linked to pollution from oil and gas extraction have been found to increase the risk of COVID-19 mortality.

“At this point, there’s no question that living near oil and gas drilling presents an unreasonable health harm,” Ingrid Brostrom, assistant director of Center on Race, Poverty & the Environment, told Grist last summer.

The idea of setbacks — mandatory minimum distances between oil and gas extraction sites and homes, schools, and hospitals — as a public health measure to protect frontline communities is not new. Many other oil and gas producing states, including Louisiana, Maryland, Illinois, Colorado, Pennsylvania, Wyoming, and even Texas, have setback regulations for certain occupied areas. Last summer, an assembly bill that would have instituted 2,500-foot setbacks in California, A.B. 345, was killed by Democrats in the Senate Committee on Natural Resources and Water, the committee where the new bill is set for a hearing this week.

The new bill, which was introduced by state Senators Scott Wiener and Monique Limón, is more ambitious than its predecessor. Like A.B. 345, the bill would institute 2,500-foot setbacks for new and repermitted wells — affecting 16,724 wells and the 2.17 million Californians who live within that distance of them. In addition to instituting setbacks, S.B. 467 would ban new and renewed fracking permits across the state by 2022, as well as phasing out other kinds of oil extraction, including steam flooding, water flooding, and cyclic steaming. These bans would have a significant impact — while fracking only accounts for less than 2 percent of the state’s oil and gas production, cyclic steaming accounts for 21 percent, according to the Natural Resources Defense Council.

“S.B. 467 is a meaningful effort to address the environmental health and racial harms caused by oil extraction,” said Wiener of the bill, noting that intensified oil and gas extraction methods like fracking and steam flooding are “just not consistent with where California says we want to go with leading on climate action.”’

The bill would also develop a program to identify and train oil and gas workers for reemployment. Wiener says that the most obvious plan for a just transition for these workers would be in sealing abandoned wells and remediating oil fields. “We have a huge number of abandoned oil wells in California that need to be sealed, and then as we move away from oil extraction we need to remediate our oil fields.” said Wiener, “That’s just an enormous amount of capital work.”

Kobi Naseck of VISION, a coalition of California environmental justice organizations that have long advocated for setbacks in the state, told Grist that S.B. 467 “is one of the most ambitious oil and gas bills that’s ever come to the California legislature, and maybe any state legislature in the U.S.”

Part of the reason that it has been such a challenge to get setbacks instituted in California is the influence of the oil and gas industry on the state’s politics. “Oil and gas has been one of the biggest industries in California for a really long time,” Alexandra Nagy, California director of  the environmental nonprofit Food and Water Watch, told Grist last August. “With that comes powerful interests and powerful spending.” An industry group called the Western States Petroleum Alliance is the biggest lobbying group in California by expenditures, and the top four oil industry lobbying groups pumped more than $10 million in lobbying dollars into California politics in 2020.

Democrats aren’t immune from this pressure. Five senators on the Senate Committee on Natural Resources and Water voted against A.B. 345 last year, including three Democratic senators: Bob Hertzberg, Ben Hueso, and Anna Caballero. Of these three, two received campaign donations from the oil and gas industry during the 2018 election cycle; Hertzberg received $26,800 in contributions, and Hueso received $20,600. Before voting down the bill, Huseo called it a “waste of time” while commenting on the Senate floor.

The hearing this week is a key moment in the years-long fight against fracking and setbacks alike. “Californians, especially folks who are affected by oil and gas drilling in their neighborhoods, can’t wait another day. People are being poisoned in their homes right now, ” said Naseck, who added that the current lack of setbacks put all California residents at risk of oil and gas developers moving in next door. “It’s a really big deal not just for frontline communities but for everyone in California.”