Posted on December 2, 2021 Categories: Latest News No comments yet 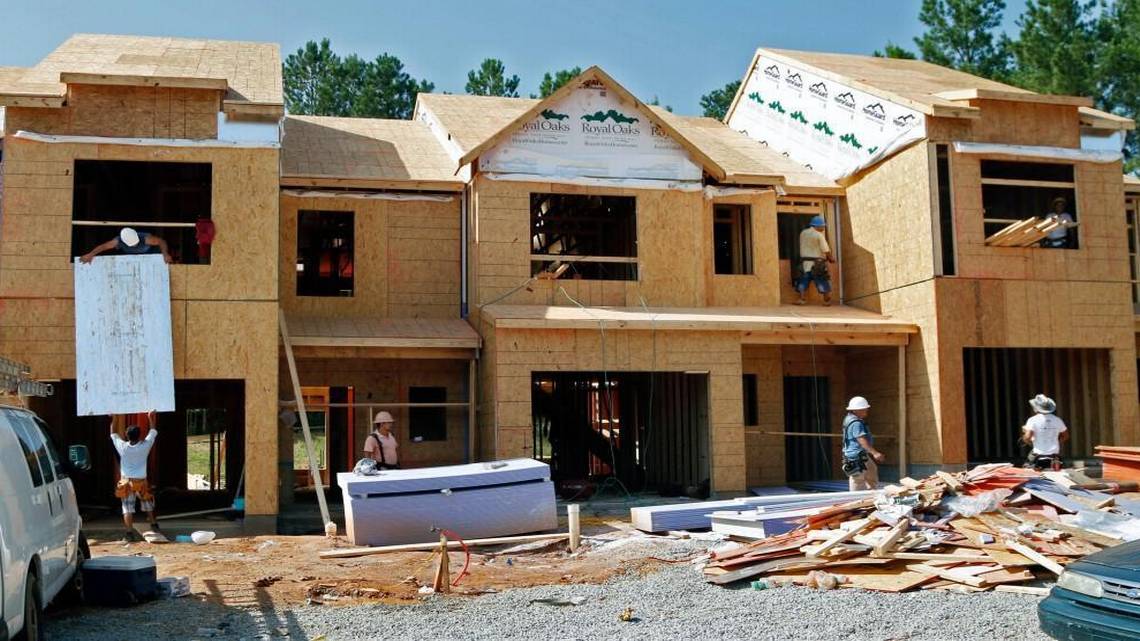 The North Carolina General Assembly passed legislation Monday that would prevent local governments from banning the use of energy sources, like natural gas, in new construction or renovations.

House Bill 220 will now head to Gov. Roy Cooper’s desk. If he signs the bill, North Carolina would join 20 other states in passing similar legislation.

No local governments in North Carolina have moved to ban the use of natural gas in construction, and environmental groups called for Cooper to veto the legislation moments after the House voted to concur. Supporters of the legislation said it would protect consumers’ choice to decide what kind of energy is used in their homes.

The bill also includes a provision exempting design or vulnerability information about infrastructure, such as electric facilities, water treatment and water outfalls, from public record.

Monday, Sen. Paul Newton told the Senate Rules Committee that HB 220 is in response to legislation passed by some local governments in California and other parts of the country that banned natural gas or propane as part of an effort to electrify homes and buildings.

“The primary purpose of this bill is to reaffirm that we make energy policy at the state level. Local government units do not,” Newton, a Cabarrus County Republican, said Monday during the Senate Rules Committee. The N.C. Senate voted 29 to 17 in favor of a revised version of HB 220 on Monday, followed by the House voting 56 to 47 to concur.

PREVENTING NATURAL GAS BANS
The North Carolina bill is similar to legislation that has been found throughout the country, according to the Natural Resources Defense Council, an environmental nonprofit that has opposed the effort.

Reporting by NPR has linked the state legislation to a nationwide push by the American Gas Association, a trade group that lobbies on behalf of gas utilities. Under the Dome newsletter News and insider information from the world of politics and government in North Carolina.

In a written statement after the House vote, Luis Martinez, the NRDC’s director of Southeast energy, said, “If we want to keep North Carolina on track to pursue innovative new policies to combat climate change, create clean energy jobs, and make our communities healthier, Governor Cooper must veto HB 220.

North Carolina legislators need to be doing everything they can to transition the state off of dirty energy rather than preventing communities from making homes and buildings cleaner, healthier, and more energy efficient.”

Environmental groups like the NRDC point to electrification as a key part of greenhouse gas reductions, with stoves and furnaces that are powered by natural gas shifting to an electric grid where power is increasingly generated by carbon-free sources like nuclear, solar and wind energy.

Earlier this year, North Carolina passed House Bill 951, which made greenhouse gas reductions from Duke Energy state law. If the utility meets the targets of a 70% carbon reduction from 2005 levels by 2030 and carbon neutrality by 2050, environmental groups argue, homes that are increasingly electrified would have less climate impact than those whose heating or stoves rely on natural gas.

“This chamber, a month or two ago, voted for House Bill 951 and talked about limiting our carbon emissions in this state, and this is the kind of bill that’s going to limit our ability to meet those goals that we just passed,” said Rep. Pricey Harrison, a Greensboro Democrat, on Monday.

The News & Observer previously reported that the N.C. League of Municipalities considers it “highly questionable” that existing state law even gives local governments the ability to ban the use of natural gas in new or renovated buildings.

North Carolina governments that have considered electrifying buildings have only addressed facilities owned by the municipality, with plans like Durham’s Carbon Neutrality & Renewable Energy Action Plan calling for the city’s buildings to shift away from natural gas heating sources when other renovations take place.

After the House vote, Cynthia Satterfield, state director of the N.C. Sierra Club, wrote, “This bill panders to the fracked gas industry and throws up an unnecessary roadblock to meeting the state’s clean energy goals. We urge Governor Cooper to veto this legislation and free our local leaders to take the steps they deem necessary to protect the communities they serve.”

PUBLIC RECORDS DEBATE
On the House floor, the public records provision was a key part of the debate. Earlier in the day, Newton had said it was included on behalf of ElectriCities, a non-profit membership organization that represents municipal utilities. Newton said ElectriCities had received a request for the locations of all of its electric lines and all of its gas lines, raising concerns.

But the public records provision that was included in House Bill 220 was identical to language that was originally part of House Bill 911, earlier this year.

Environmental groups and legislators were worried about that initial language, saying it could limit the public’s access to information about drinking water safety.

Rep. Graig Meyer, a Hillsborough Democrat, worked with Rep. Dennis Riddell, the bill’s primary sponsor, to tweak the language in HB 911 before the House approved it. But HB 911 remains in Senate Rules, and the original language is now part of HB 220.

“You want to protect the maps that show where the pipes are so nobody can hit them with an attack,” Meyer said. “But you don’t want to protect us knowing what process is being used to treat our water.”

Rep. Dean Arp, a Union County Republican who was the primary sponsor of House Bill 220, argued that the bill does not limit the public from reviewing information about the safety of their drinking water. “The systems and so forth are under a level of security for obvious reasons, but the outcome — actually what comes out of the plant and the test results and how that’s obtained … all of that is not hidden from the public,”

Arp said. Arp resisted calls from Rep. Larry Pittman, a Cabarrus County Republican, to wait to vote on the legislation until the public records provision could be fixed, calling the legislation “time sensitive” and pointing to an amendment Newton had added earlier in the day addressing the repayment of water bills. Moments later, the House had voted to send the bill to Cooper.

This story was produced with financial support from 1Earth Fund, in partnership with Journalism Funding Partners, as part of an independent journalism fellowship program. The N&O maintains full editorial control of the work.