Posted on December 29, 2020 Categories: Latest News Comments are off for this post 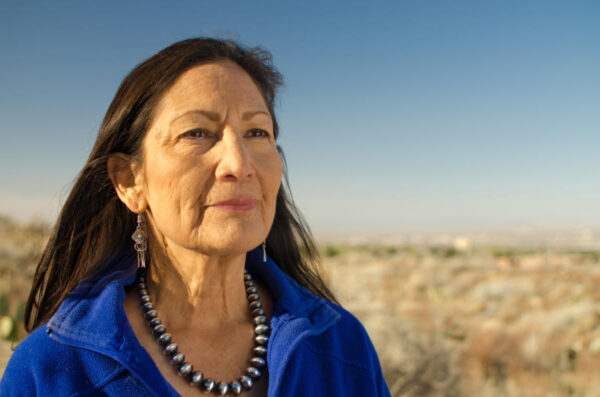 By: Justin Coleman, The Hill

Rep. Deb Haaland (D-N.M.) discussed environmental injustice with tribal leaders on Monday in her first meeting after being named President-elect Joe Biden’s nominee to lead the Department of the Interior.

In the meeting, Haaland committed to “fully” honoring the U.S.’s treaty obligations to tribal nations and working with leaders to address the “disproportionate harm” Native Americans face “from long-running environmental injustices” and climate change.

The New Mexico lawmaker told leaders at the meeting that she plans to work toward Biden’s goal of using the climate crisis to create “good-paying union jobs” and promote clean energy sources, according to Biden’s transition team.

Haaland — who was joined in the meeting by Rep. Cedric Richmond (D-La.), a Biden adviser, and incoming White House Office of Intergovernmental Affairs Director Julie Rodriguez — pledged to have “early, frequent and meaningful consultation with tribal leaders on all decisions that affect indigenous communities.”

Biden’s pick for Haaland to lead the Department of Interior has triggered excitement among Native Americans who expect to finally have representation in the administration.

The department has long been criticized for its management of U.S. relations with tribes, including what critics say is a lack of attention toward a series of missing and killed Native American women.

Still, Haaland expressed optimism ahead of her potential leadership at the agency in an interview with The Washington Post earlier this month.

“I think it’s wonderful that our country is progressing in that manner, that a Cabinet-level position filled by a Native American is a conversation that we’re having right now,” she said.

“We have to include Native Americans in the conversation because this was all Indian country at one time,” she added. “They deserve to be consulted when decisions about our public lands are made. We’ve seen that play out in real time during this administration and what happens when you don’t consult tribes.”