The poultry industry rules the roost in North Carolina. According to the U.S. Department of Agriculture, chickens raised for meat production in NC are the #1 farm commodity in terms of income, making close to 4 billion dollars in 2018 alone. On the national level, the state is #2 in turkey production and #4 for chickens. Where are these poultry operations located? Who is keeping tabs on this industry? What are the risks for people’s health and the environment? And how are communities impacted when this industry moves in next door? These questions are central to Bird’s-eye View, a four-part report series that aims to bring together research on the impacts of today’s industrialized poultry production system. Find out about each section below, or read the full report here.

Part I: Eye on Industry 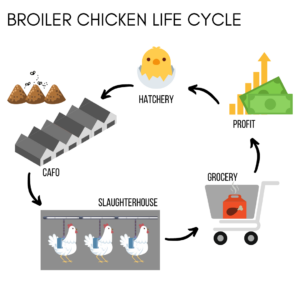 “From chickens to turkeys to eggs, poultry products are an important part of today’s food system. Until the 1920s, chicken meat was mainly a secondary product of households raising hens for their eggs. As the 20th century progressed, chicken rose in popularity, becoming one of the most consumed meats in the United States. After World War II, companies like Tyson and Pilgrim’s Pride started using a system of “vertical integration” to place almost every part of the production process under their own, total control...” 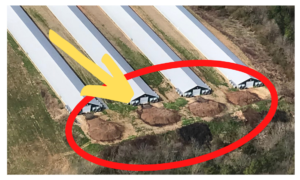 “North Carolina has a long, proud heritage of farming; in fact, agriculture and agrobusiness together are the leading industry in the state. There is a lot of good that comes from farming, and we all certainly depend on farmers to put food on our plates. But feeding communities doesn’t have to mean polluting communities, and when pollution goes unchecked, that’s when we need to take a look at the systems that are in place…” 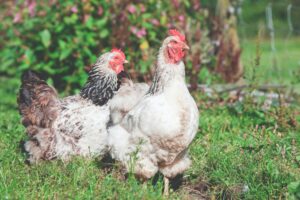 “When it comes to healthy communities and clean environments, it would be untrue to say “what we don’t know can’t hurt us.” While the impacts of poultry production have been studied less than other polluting industries, this doesn’t imply that threats to health, the environment, and communities can be ignored. Additionally, when investigating such threats, Environmental Justice is an important piece to consider…"

This final installment is an invitation to farmers, workers, and neighbors who wish to speak about their experiences with the poultry industry. This series is incomplete without the addition of these community voices, opinions, and ideas. Confidential submissions are welcome. If interested, please contact CWFNC staff (shelby@cwfnc.org or amanda@cwfnc.org), and let’s have a conversation.