Clean Water for North Carolina > Blog > Latest News > Coal Ash Is Hazardous. Coal Ash Is Waste. But According to the EPA, Coal Ash Is Not “Hazardous Waste.”

Posted on September 16, 2019 Categories: Latest News No comments yet 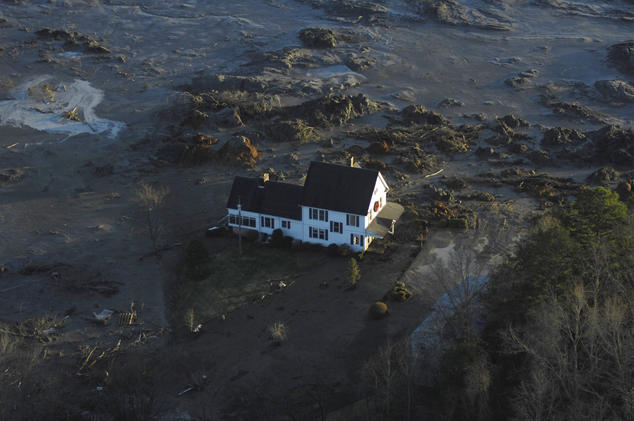 Coal ash, a catchall term for several kinds of waste left over at power plants that burn coal, typically contains a number of substances harmful to human health—arsenic, chromium, lead, and mercury among them. Coal ash is incredibly dangerous. Short-term exposure can bring irritation of the nose and throat, dizziness, nausea, vomiting, and shortness of breath. Long-term exposure can lead to liver damage, kidney damage, cardiac arrhythmia, and a variety of cancers. Every year hundreds of American coal plants generate about 110 million tons of the stuff. Most of it gets mixed with water and stored in sludgy basins commonly known as coal ash ponds, which have an unfortunate tendency to leak or flood or spill, sometimes in catastrophic amounts.

A few days before Christmas in 2008, more than a billion gallons of coal ash slurry poured out of a Kingston, Tennessee, power plant, spilling into local waterways and swamping 15 homes after the six-story earthen dam that had been containing it collapsed. The incident remains, to this day, the largest industrial spill in American history. More than 900 workers were quickly dispatched to clean up the mess, a massive effort that took five years. When those same workers began to get sick and even die under conditions that strongly suggested coal ash poisoning, 200 of them sued the contractor that had employed them, alleging that they had been greatly misled about the dangers of their exposure. A Tennessee jury last November found that the contractor had indeed jeopardized the health of its workers through its actions, but the case is ongoing, and no monetary damages have yet been paid.

Despite the protests of many whose lives have been affected by this demonstrably toxic substance, the U.S. Environmental Protection Agency has for years refused to classify coal ash as hazardous waste. Instead, the agency continues to regard coal ash as solid waste—the same designation, believe it or not, given to household garbage.

The distinction is an important one. As solid waste, coal ash is subject to different and far less stringent federal regulations regarding how it is handled than something officially deemed “hazardous” would be. Incredibly, the U.S. government didn’t exercise any authority over the handling of coal ash until 2015, when President Obama’s EPA issued the first-ever federal rule pertaining to its disposal—in direct response to the Tennessee spill. During the dealmaking process that led up to the rule, coal companies lobbied for the solid-waste designation, which they knew would ultimately give states and utilities the lion’s share of responsibility for enforcement. And they got it—in exchange for allowing the federal government to place coal ash within its (very limited) purview for the first time.

But one of the more sordid aspects of the Kingston workers’ case has been the degree to which the Tennessee Valley Authority (TVA), the state agency responsible for the spill, has repeatedly referred to coal ash’s EPA classification as it tries to defend itself from criticism that it knowingly put workers at risk. The TVA website makes sure to put that classification near the very top of its insubstantial page dedicated to coal ash. The page then goes on to tout what the TVA would like people to think of as the protean benefits of recovered coal ash, which can be used as an additive in the manufacture of concrete and wallboard. The authors even have the audacity to pitch one form of coal ash as “an eco-friendly alternative to salt” for cities that have to deal with snow-covered roads.

It takes a lot of gall to characterize coal ash as an eco-friendly alternative to anything. But the coal industry and its defenders have never been accused of lacking gall. The attempt to downplay coal ash’s toxicity by falling back on the EPA’s characterization of it—a classification born of compromise, after all—is little more than rhetorical sleight-of-hand, part and parcel with the oxymoronic term “clean coal.” Yet this disingenuousness continues to inform not only the way we talk about coal ash but the way we handle it. Last year, as part of the Trump administration’s effort to nullify the environmental record of Barack Obama and appease polluting industries, Andrew Wheeler (in his first major step as acting EPA administrator) announced that his agency would be significantly amending the 2015 coal ash rule, transferring even more monitoring power away from the federal government to the states and their local utilities.

Here’s where blind obeisance to this brand of devolutionary ideology takes us: In March of this year, a report jointly published by the Environmental Integrity Project and Earthjustice found that the “vast majority” of 250 coal ash ponds had leaked their chemical brews into nearby groundwater sources. More than 90 percent of the nation’s coal-fired power plants reported elevated levels of toxic pollutants in these groundwater sources—levels that in many cases exceed the thresholds established by the EPA. Horrified citizens, often working in concert with environmental groups, are beginning to take matters into their own hands.

Residents of La Belle, Pennsylvania, have sued three companies that maintain a coal ash dump in their town. The site surrounds the State Correctional Institution Fayette, where many inmates have developed respiratory illnesses, gastrointestinal tract problems, thyroid disorders, and cancers. And this week, four residents of Holland, Michigan, went public with results of water sample tests that showed arsenic levels 2.5 times higher than the maximum deemed safe by the federal government. The people making the claim live near an active coal ash storage site just a few miles from the shores of Lake Michigan.

Coal ash is a hazardous substance, no matter what the EPA and the TVA prefer to call it. Whether it spills in huge deluges or seeps quietly into our water supplies, it’s just one of the many dangerous by-products of our irrational attachment to a dirty fossil fuel whose time has come and gone. It’s time to invest fully in renewable energy sources—and consign coal ash to the ash bin of history, where it belongs.

Read the full article on NRDC