Posted on February 16, 2022 Categories: Latest News Comments are off for this post 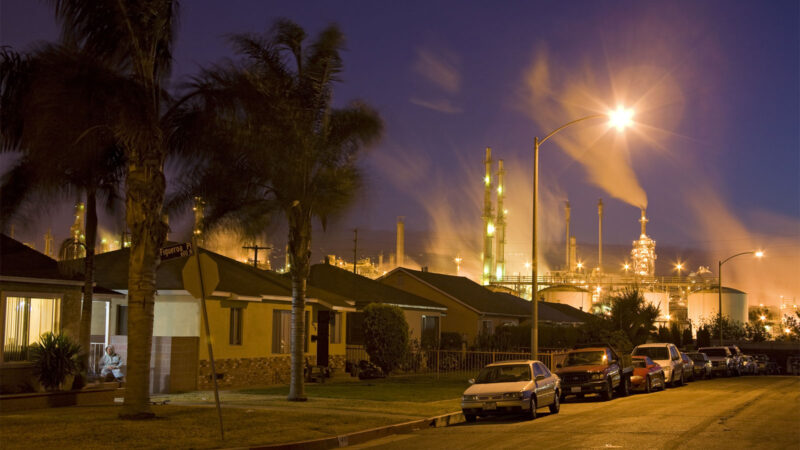 With the Build Back Better Act frozen in Congress, Democrats now see their best hope in tackling environmental disparities lies in the Environmental Justice for All Act. On Tuesday, Democratic U.S. Representative Raúl M. Grijalva of Arizona pushed the bill forward in a hearing held by the House Committee on Natural Resources, which he chairs.

In more than three hours of testimony, Republicans on the committee pushed back on the bill, groundbreaking legislation that aims to address environmental disparities in vulnerable communities across the country. Grijalva and his co-author, Representative A. Donald McEachin of Virginia, drafted the bill to prioritize environmental justice in federal policy and reintroduced the Act in the House of Representatives last March. The bill was created with the help of an extensive network of stakeholders — including representatives from grassroots organizations that focus on everything from climate justice to industrial pollution in communities that have experienced the health effects of toxic emissions and industrial pollution for decades.

Despite Republican protests that the bill will harm communities reliant on the oil and gas industry for work and taxes levied on these industries to pay for municipal services, Grijalva told Grist it’s time for action to protect the health and well-being of these communities. He said the plan is to move forward in what’s known as the mark up phase — receiving input from congressional members, including amendments — while simultaneously receiving feedback from affected communities. “The input from my Republican colleagues to do nothing is not going to happen,” said Grijalva, noting that they have a choice to either strengthen the bill or kill it. His hope is that Republicans collaborate to strengthen the bill given the lives at stake from ongoing pollution. “It’s an issue that is not going to go away, it’s an issue that potentially affects 40 million people in this country directly,” he said.

During the hearing, Republican Rep. Pete Stauber of Minnesota criticized the act for creating more red tape, opportunities for “radical special interest groups” to file more lawsuits, and for requiring federal agencies to develop more reports and studies. His concern, he said, is that all of this will keep affected workers in these industries on the sidelines. “When it claims to speak to so-called environmental justice, it plainly misses the mark,” said Stauber during the hearing.

It’s those studies and the accompanying data that Laura Cortez, a co-executive director with East Yard Communities for Environmental Justice in Los Angeles says are necessary to ensure that the cumulative impacts of pollution in disadvantaged communities are considered before more polluting industries are allowed into communities like hers. “There is no single, evil villain polluter in EJ communities. What I see as one of the largest issues is that municipalities and agencies currently treat polluters on a case-by-case basis without assessing cumulative impacts,” Cortez told the committee on Tuesday.

A life-long resident of Bell Gardens, she noted that she grew up next to railroad tracks with trains that rumbled past at 3 a.m., within five minutes of an oil refinery, a block from warehouses, and attended school next to the 710 freeway, which she said sees 40,000 to 60,000 truck trips daily. Cortez’ community has worked to address soil, air and water quality issues throughout the region, and has found success when partnering with scholars that can quantify the effects of cumulative pollution. But a comprehensive federal approach to examining these impacts is needed, she said.

Grijalva pushed back on his Republican colleague’s claims that the Environmental Justice for All Act jeopardizes economic security, specifically jobs, noting that the critics presented no quantitative facts to support their arguments. On the other hand, he noted, there is extensive research showing the disproportionate effects of environmental contamination — from petrochemical facilities, landfills, waste incinerators, oil refineries, smelters, and freeways — on low-income residents and communities of color. “That’s just the reality and it’s far from coincidence, and I hope my Republican colleagues are not trying to rewrite history,” said Grijalva. “We’re trying to correct history and make sure it doesn’t happen again, and that’s what the bill is about.”

The Environmental Justice for All Act aims to:

While the Biden administration has made some strides over the last year to address the concerns of environmental justice communities through executive orders and via EPA funding to prioritize long-standing contamination in vulnerable communities, legislation is critical to ensure that these priorities are codified into law, said Grijalva.