Posted on March 2, 2021 Categories: Latest News Comments are off for this post 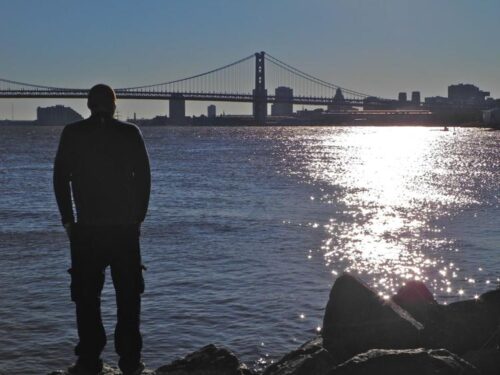 There had been a temporary moratorium instituted in 2010, but that was recently challenged in court. The ban is also likely to face legal challenges.

The process fueled a fossil fuel boom that made Pennsylvania second in the nation for natural gas production.

There weren’t many efforts to institute fracking in the basin until a recent study determined there was natural gas to be had.

Environmentalists have criticized the process, which they say causes health and environmental problems.

Those advocates said the commission’s vote Feb. 25 marked a huge victory in a decadelong fight to protect the watershed from unconventional drilling and the practices surrounding it.

More than 400 people joined the virtual meeting, and more watched through YouTube and expressed themselves through social media and emails to the commissioners ahead of the meeting.

Karen Feridun, the Spring Township founder of Berks Gas Truth, said the commissioners “listened to the people and to the science in making this historic move.”

“Frankly, I consider the regulations and management of drilling wastewater to be the bigger victory,” Feridun said.

Feridun said while most of Berks would not likely have seen unconventional well drilling, it could accept drilling wastewater, which is disposed of by injection waste into the ground. According to the Environmental Protection Agency, those wells are regulated under the Underground Injection Control Program of the Safe Drinking Water Act.

There is a swath of Berks that has been identified as having potential for natural gas, Feridun noted. It’s part of the South Newark Basin, a shale plain that the U.S. Geological Survey estimated has 363 billion cubic feet of natural gas.

It goes through Cumru, Brecknock, Exeter, Robeson, Amity, Union and Caernarvon townships and stretches to Bucks County and New Jersey. The USGS assessment was an educated guess based on data from similar reserves and not on any active well production, according to a primer on fracking by State Impact.

The 60-year-old commission has jurisdiction over the entire 13,539 square mile watershed and is charged with protection of the water resources that supply up to 17 million people with drinking water, including New York and Philadelphia. The Schuylkill River provides the main linkage for Berks to the watershed.

The commission was created by an interstate agreement to manage water resources in the Delaware River Basin.

The Delaware is a Wild and Scenic River, with congressional recognition of its water quality and natural values and Special Protection Waters regulations adopted by the DRBC that require the river not be degraded.

The decision is not without opposition.

Opponents have challenged the commission, saying it is acting beyond its authority. Oversight of Pennsylvania’s natural resources is exclusively the state’s purview, Republican lawmakers and municipal officials in Damascus Township, Wayne County, have said in a lawsuit.

“The DRBC ban is not just an assault on a highly regulated industry that employs thousands of Pennsylvanians, but it’s another example of neighboring states dictating our energy policy,” said state Sen. Gene Yaw, a Lycoming County Republican, in a news release. “The Commission is using New York’s failed policies to institute a ban on development. Pennsylvania has robust rules and regulations in place to protect our environmental resources, which have allowed for the safe development of natural gas in our state. This action serves to undermine economic development and job growth in the region and statewide.”

Yaw is chairman of the Senate Environmental Resources and Energy Committee.

“This has been an epic battle engaged by a huge, diverse, well-informed and united watershed community. These next steps put us on the road to a full and powerful defense against the toxic and radioactive pollution,” said Tracy Carluccio, Deputy Director, Delaware Riverkeeper Network in a news release.

Read the article on The Reading Eagle