Clean Water for North Carolina > Blog > Latest News > In the House, a major amendment to controversial Duke Energy rate-making bill hands the hot potato back to the Senate

In the House, a major amendment to controversial Duke Energy rate-making bill hands the hot potato back to the Senate

Posted on August 23, 2019 Categories: Latest News No comments yet 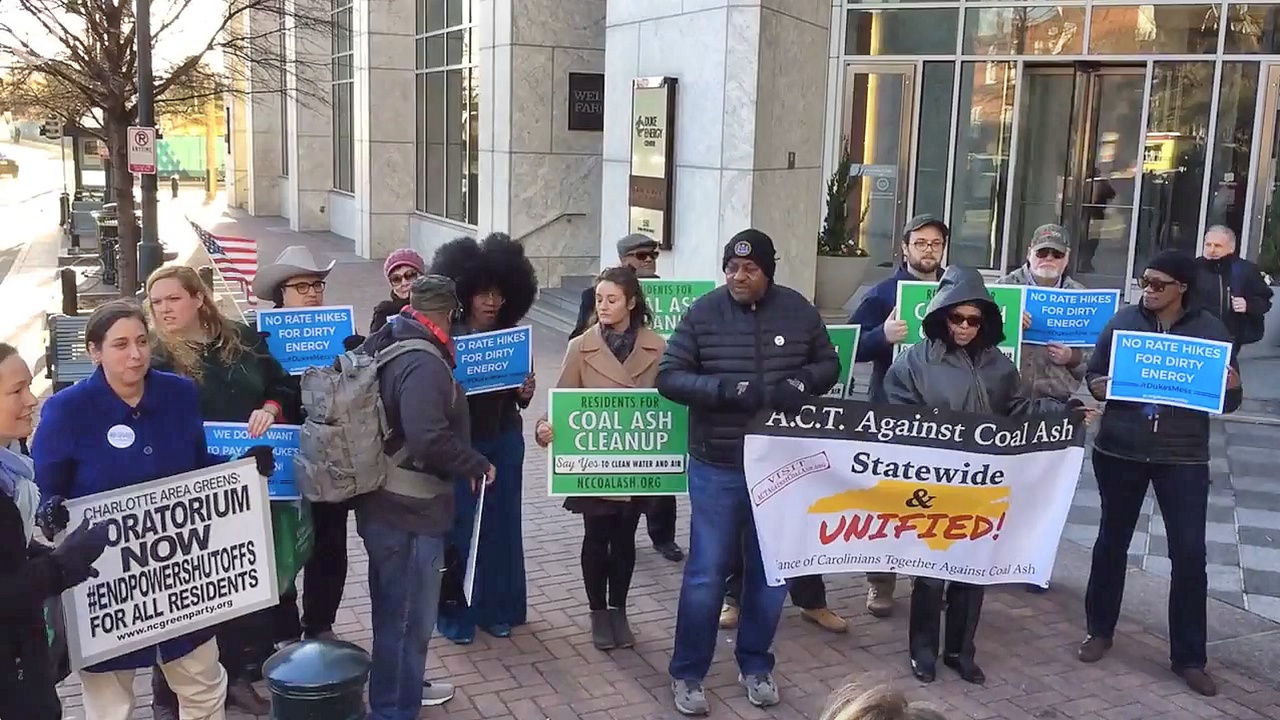 A key provision in Senate Bill 559 was upended in the House Tuesday afternoon, which made the measure more palatable to opponents but added uncertainty to it future.

Colloquially known as the Duke Energy rate-making bill, it contained a controversial section that allowed the utilities commission to approve multi-year rate plans. Utilities could then avoid requesting rate hikes more often. While bill proponents in the legislature said it would add certainty to rate-making, there’s no guarantee that rates would decrease. If they increased, customers could be locked into higher bills for several years.

The amendment now require the Utilities Commission to study multi-year rate making and other methods. “Not a lot of people want this bill outside of Duke Energy,” said Rep. Larry Strickland, a Republican representing Harnett and Johnston counties. “We need a lot more discussion. This impacts small businesses, industry and families.”

The amendment passed 63-51, which teed up the near-unanimous approval of the bill. After a 112-2 vote, the measure now returns to the Senate.

Section 1 of the bill allows Duke Energy to ask the Utilities Commission for permission to sell bonds to recover costs associated with storm damage. It has met no opposition. But with Section 2, and now the amendment, the fate of the bill in the Senate is uncertain. During committee hearings and on the Senate floor earlier in the session, several Democratic senators, including Mike Woodard of Durham County, suggested peeling off the controversial section into a study bill. Sen. Ralph Hise, a bill co-sponsor, quickly quashed the proposal.

The bill has been tweaked several times to attempt to assuage concerns from industry and consumer advocates that Duke could use alternative rate-making to “milk profits from customers,” said Rep. David Lewis, a Harnett County Republican, who supports the measure.

The original bill contained “earnings bands.”  The banding portion of a multi-rate plan would allow the Utilities Commission to establish a return on investment — a profit — for the utility that acts as a midpoint; from there, the commission also would set a low- and high-end range — a band — for profitability. This provision would require Duke Energy to refund to customers any profits above 1.25 percent on its rate of return.

Bill sponsors changed the bill so that profits from the middle and top of earnings bands were directed to projects like affordable housing.

Thirty-five states have enacted alternative rate-making mechanisms, but they differ in their approach and success. “Let’s not make mistake Virginia made,” Strickland said, “which resulted in hundreds of millions of dollars in overcharges.”

Lewis opposed the amendment. “Why study something that merely gives the Utilities Commission the option. It’s redundant to study whether they would like to have the option. The amendment is damaging to the bill.”

A study is beyond the scope of the Utilities Commission, said Rep. Dean Arp, a Union County Republican. “This is a confusion of checks and balances. Their role is not to enact a study but to carry out policy.”

Bill proponents often touted that the measure had bipartisan support because it Democrat Dan Blue of Wake County is a co-sponsor. However, there also has been bipartisan pushback.

Rep. John Szoka, a Republican from Cumberland County, said he could not support the multi-year rate-making portion of the bill. “It’s better than when it was introduced but it still has flaws.”

Szoka said he agreed the changing energy industry needs new methods for rate-making. Because of energy efficiency, the demand for electricity has decreased. “Rewarding a utility for building more [plants] is no longer viable,” Szoka said. I understand where impetus for Section 2 is coming from. But it doesn’t solve the problem. It’s utility-centered, not ratepayer-centered. The best alternative is a study.”

“This is how public policy should be made, with a thorough and open vetting by the public and by experts to understand the full impact on North Carolina families and businesses, not through Duke Energy writing its own bills and making deals with legislators behind closed doors. Regardless of what happens when the bill gets to the Senate, multi-year rate hikes should not be passed outside of broader utility regulatory reform.”

Molly Diggins, director of the NC Chapter of the Sierra Club urged the Senate to agree with the changes. “There are many utility rate-making tools that could benefit the environment and customers that were not included in this bill because it was crafted by and for the utility, not the public.”