Posted on December 16, 2019 Categories: Latest News Comments are off for this post 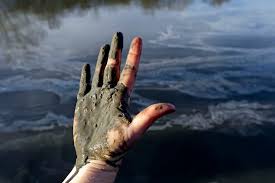 On Friday, a judge ruled the Department of Environmental Quality (DEQ) exceeded its authority and failed to use proper procedure by issuing permits for the Brickhaven and Colon mine sites, according to the Blue Ridge Environmental Defense League (BREDL).

The ruling comes after environmentalists voiced concerns over groundwater contamination from coal ash, the powdery substance that remains after burning coal.

The initial lawsuit was brought in 2015 by BREDL and other local groups, including Chatham Citizens Against Coal Ash Dump and EnvironmentaLEE.

In June, the DEQ issued a letter about groundwater contamination to Charah, the company hired to dump Duke Energy’s coal ash at the Brickhaven site. The letter mimicked concerns the community and environmental groups had for months.

Such groups believe coal ash should be disposed of above ground and isolated from the environment on utility company land.

Bill Norton, a spokesperson from Duke Energy, said his company is not party to the lawsuit.

“Charah fulfilled their contract with us and we’re no longer sending coal ash to these sites, so this does not affect any of our basin closure plans,” he told WRAL News in an email.

WRAL News reached out to the DEQ for a response to the new ruling.

“The ruling requires a partial modification of the permits for the areas excavated after June 2015 and prevents structural fill in those areas,” a spokesperson said. “The ruling denied all other claims by the petitioners. DEQ is still reviewing the details of the ruling and will determine next steps.”

In August, a North Carolina hearing officer ruled that a state agency can order Duke Energy to excavate all of its coal ash basins by 2030 so that they quit polluting groundwater. According to Norton, Duke Energy is currently appealing the state’s excavation order, which he says is not supported by scientific evidence.