Posted on June 17, 2021 Categories: Latest News No comments yet 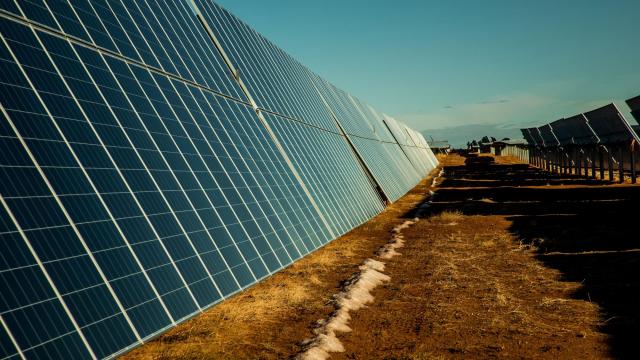 The bill came together over months of closed-door negotiations with Duke Energy, other electricity providers, the solar power industry and large electricity users, such as manufacturers and retailers. The 47-page bill is complex, wide-ranging and may morph as it begins the public stage of its legislative journey.

Environmental groups and others cut out of the crafting process thus far were digesting the measure Tuesday afternoon. But in an initial take late Tuesday, the Environmental Defense Fund said the language seems to marry the state to natural gas, limiting regulators at the N.C. Utilities Commission that would otherwise have to sign off on such projects.

“The proposal appears to be a recipe for a more expensive and more polluting energy system than North Carolinians deserve,” David Kelly, state political affairs director for the Environmental Defense Fund, said in a statement Tuesday evening. “This legislation appears to bind the hands of the commission by mandating new fossil-fuel power plant construction, irrespective of how those projects stack up against alternatives.”

The N.C. Sustainable Energy Association, a clean energy industry group that was part of bill negotiations, also said the bill leans too heavily toward natural gas. The group said in a statement that it opposes the measure despite “important provisions in the bill that provide greater market access to affordable renewable energy for utility customers,” and it called on lawmakers to eliminate the bill’s “mandate to replace costly coal with risky natural gas.”

Rep. John Szoka, R-Cumberland, who helped craft the bill, said he was “guardedly optimistic” about its chances to become law and that it was “within striking distance of reaching a final product.” He said the bill sets out six years of energy policy with implications for another four years after that.

“There were a lot of competing desires in here,” said Szoka. “Bills are always a balancing act.”

Szoka also said the U.S. economy depends on affordable energy, and that without it manufacturing will move to other countries.

According to a summary that Republican bill writers released with the full bill text, it would cut carbon emissions by 61 percent by 2030, compared with 2005 levels. Gov. Roy Cooper’s energy plan called for a 70 percent cut by 2030.

To that end, his administration started a process Tuesday that could bring North Carolina power plants under a cap-and-trade agreement for carbon dioxide emissions, something the bill doesn’t speak to.

Carbon cuts under any of these plans largely would be achieved by retiring Duke coal plants, and the new bill lays out timetables for those retirements.

Some plants would be replaced by natural gas, others by solar energy and battery storage technology.

Retirement for Duke Energy’s Roxboro plant – one of the country’s largest power plants – would depend on natural gas availability under the bill. That would likely come from the Mountain Valley Pipeline Southgate extension, a project that faces legal challenges and has had trouble getting needed permits from the Cooper administration’s environmental arm.

Without the pipeline, Roxboro would continue to operate as a coal-fired plant, according to the bill summary.

The bill’s opening passages lay out the risks of a largely coal-fired system, predicting “future stringent federal environmental regulations.” But the bill doesn’t have the phrase “climate change” anywhere in its text.

It says that the policies set out follow an “all of the above” approach to energy policy and that they’re “generally consistent” with the integrated resource plans Duke and other utilities have already filed with the state. Those IRPs are required by regulation and lay out a utility company’s plans for the next several years.

The bill would also let Duke get rate increase approvals several years in advance instead of filing time-consuming rate cases nearly every year with the state Utilities Commission. This was a major push for Duke two years ago, but legislation along those lines failed. Szoka said this year’s language is significantly different than the 2019 version.

Szoka and other lawmakers working the bill said this change and others would cut red tape for the utility, saving ratepayers money. In its statement late Tuesday, the Sustainable Energy Association said the measure needs better “guardrails to prevent utility over-earning at customer expense.”

The measure also has language meant to encourage improvements to the state’s power grid. Duke has pressed in recent years to accelerate this process with a multibillion-dollar investment covered by its customers.

Update: As the bill circulated Tuesday evening and Wednesday, more comments came in. Several manufacturing groups said they’re against the bill over concerns it will increase energy costs. A run down of fresh comments on the measure follows. The bill is slated to be discussed in committee Thursday at 1 p.m.

Second update: The committee hearing was moved to noon.

Duke Energy, via spokeswoman Grace Rountree: “We consistently hear from our customers that they want their energy to come from cleaner sources and they want Duke Energy to make those investments while keeping energy prices affordable. With that in mind, we support our state leaders charting a path forward for an orderly energy transition – one that supports North Carolina communities and helps ensure the continued affordability and reliability our customers depend on. We also believe it is important to incentivize clean energy investments and modern cost recovery mechanisms which this bill addresses.

“Overall, this proposed legislation:
– moves us away from coal utilizing a diverse mix of generation
– helps meet aggressive carbon reduction goals – at least 61% by 2030 from 2005 levels
– Adds a significant amount of new renewable energy to the system
– Authorizes securitization of up to $200 million in energy transition costs to save customers money”

N.C. Electric Cooperatives, via spokesperson Louis Duke: “We are encouraged to see proposed legislation that helps North Carolina transition to a more diverse portfolio of energy resources at a pace that ensures balance and allows us to continue delivering reliable electricity across the state, containing costs for our consumer-members and achieving long-term sustainability goals.”

The Carolina Utility Customers Association, which represents large industrial energy users like manufacturers: The association worked on this bill, but Executive Director Kevin Martin said it’s against it in its current form. Association consultant Kevin O’Donnell said the bill would increase electricity rates 50 percent by the end of this decade. “That’s real money,” Martin said. “And it will be paid by residential customers as well as industrial.”

The Carolinas Clean Energy Business Association: “A significant expansion of North Carolina’s Competitive Procurement of Renewable Energy law (CPRE) is a keystone of this legislation. The CPRE program has delivered hundreds of millions of dollars of cost savings to North Carolina ratepayers while providing clean renewable energy, supporting thousands of jobs, and generating much needed tax revenue in some of the most economically challenged areas of our state.

“CCEBA is encouraged by the proposed expansion of the CPRE program in H 951, as well as the accelerated retirement of uneconomic coal plants and an expanded opportunity for customers to participate in renewable energy programs. We look forward to continuing to work with legislators, stakeholders, and the Cooper Administration to ensure that the final bill provides North Carolinians all the benefits of competitive procurement of low cost renewable energy.”

The North Carolina League of Conservation Voters, via lobbyist Dan Crawford: “Rarely does anything good come from behind closed doors, and this sweetheart deal Duke Energy wrote for itself is proof. If legislators pass this bill, they’ll be sticking North Carolinians with the cost of new natural gas infrastructure for decades after those plants are retired. We’re talking up to $5 billion in profits on the backs of the North Carolinians who can least afford it. We should instead bring North Carolinians more solar and wind energy, and help them make their homes and businesses more energy-efficient, so we can meet Gov. Cooper’s Clean Energy Plan goals and save both lives and money.”