Posted on February 19, 2020 Categories: Latest News No comments yet 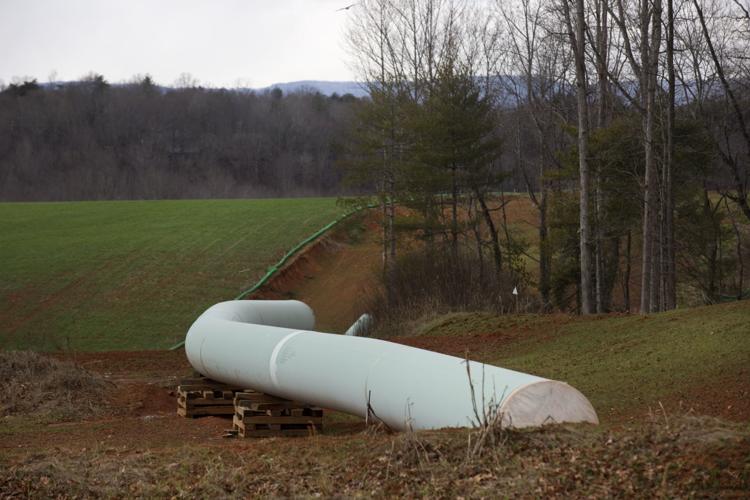 By: Laurence Hammack, The Roanoke Times

Plans to extend the Mountain Valley Pipeline 75 miles into North Carolina moved forward Friday, even as the initial project remains mired in legal and regulatory challenges.

The Federal Energy Regulatory Commission concluded that while there would be some environmental damage caused by building the so-called MVP Southgate, it could be minimized to “less than significant levels.”

An environmental impact statement released by FERC is a major step forward for the pipeline, which would originate at Mountain Valley’s terminus in Chatham, head southwest through Pittsylvania County and cross into North Carolina, extending to Alamance County near Burlington.

“We look forward to safely and responsibly providing the reliable access to natural gas needed for home and business use across the region,” MVP Southgate spokesman Shawn Day said.

Construction of the $468 million project is expected to start this year, Day said. Completion is targeted for 2021.

In open houses and public hearings, many people spoke of widespread problems with muddy runoff from construction sites of Mountain Valley, which is seeking to regain suspended federal permits that have caused a lull in construction of the 303-mile pipeline.

“Even when faced with a climate emergency, FERC continues to award new permits to polluters who cannot adhere to the erosion and sedimentation requirements of their current plans for the mainline Mountain Valley Pipeline,” Russell Chisholm, co-chair of the Protect Our Water, Heritage, Rights Coalition, said in a statement Friday..

But FERC said the same problems are not expected with the pipeline extension.

“Because 2018 was an unusual year yielding record breaking precipitation amounts and given the flatter terrain where the Southgate Project would be constructed, we do not anticipate [it] would experience the same issues with erosion and sediment control,” the more than 1,000-page report stated.

The buried pipe will be either 24 or 16 inches in diameter, smaller than the 42-inch diameter Mountain Valley Pipeline, which has required cutting trees and digging trenches on steep mountain slopes through Southwest Virginia.

About half of MVP Southgate will be built along existing rights of way established for a different natural gas pipeline and a power transmission line.

The most common concern raised to FERC was whether the pipeline is needed. That will be determined later by the presidentially appointed members of the commission, who must find that the project is “in the public convenience and necessity” before issuing a permit that would allow construction to begin.

Residents along the pipeline’s route have also voiced fears of noise and air pollution from a 29,000-horsepower compressor station to be built near Chatham, which will be used to move gas at high pressure through the pipeline.

EQM Midstream and NextEra U.S. Gas Assets, two of the five partners in the Mountain Valley Pipeline, are the primary partners in building its extension. When the project was announced in 2018, the lead customer was PSNC Energy, a local distribution company that planned to expand a system that served more than 563,000 customers in central North Carolina.

Dominion Energy, which is one of the partners in the Atlantic Coast Pipeline, acquired the company in 2019. Now known as Dominion Energy North Carolina, the company remains contracted to receive about 80% of the pipeline’s gas.

FERC and the U.S. Fish and Wildlife Service has been expected on Monday to complete their reconsideration of the pipeline’s impact on threatened or endangered species. That process began last year, after a coalition of environmental groups claimed in a lawsuit that clearing trees would harm the Indiana and northern long-eared bats, and that digging trenches would dump sediment into streams and rivers populated by the Roanoke logperch and the candy darter.

In a Feb. 7 letter to FERC, the Fish and Wildlife Service said the review will not be completed until March 26.

Restoration of a second set of federal permits, for the pipeline to cross more than 1,000 streams and wetlands in West Virginia and Virginia, will likely not happen until the endangered species questions are resolved, according to Height Capital Markets, an investment banking firm in Washington, D.C., that has been following the project.

A third approval, for the pipeline to pass through the Jefferson National Forest, is on hold while the U.S. Supreme Court considers whether the Atlantic Coast Pipeline should be allowed to cross the Appalachian Trail, a case that could also affect Mountain Valley.

Despite the delays, Mountain Valley spokeswoman Natalie Cox said the pipeline is still expected to be completed by the end of the year.

Read the article on The Roanoke Times