The Atlantic Coast Pipeline was approved by the Federal Energy Regulatory Commission (FERC), in October, 2017, ignoring extensive studies on lack of need for the pipeline and major impact.  It’s important to continue to build public resistance to the pipeline to protect landowners, water, safety of nearby residents and environmental justice, and continuing legalaction has caused major delays and increased skepticism about the ACP.

The ACP would have major impacts on vulnerable communities in the impacted NC counties, including Northampton. The pipeline builders, Duke Energy and Dominion Energy, have spent $$millions on advertising and lobbying about the myth of potential jobs and economic development. Parts of Garysburg are within a few hundred feet of the proposed ACP, and within a “blast zone” over 900 feet wide, if an explosion happened.

READ MORE ON THE PROPOSED ACP, INCLUDING ECONOMIC AND CLIMATE IMPACTS!

Resolutions against the Atlantic Coast Pipeline 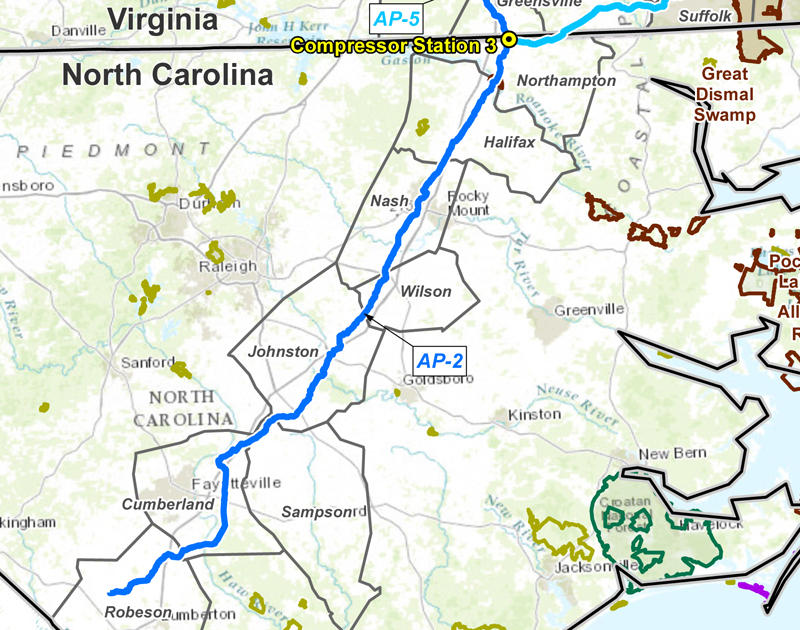 The ACP would cut through 8 eastern NC counties.The Atlantic Coast Pipeline (ACP) is a proposed 600 mile highly pressurized natural gas pipeline planned to go through WV, VA & eight eastern NC counties. The pipeline would enter NC in Northampton County, where a large compressor station would be built, and end in Robeson County, near Pembroke, with a likely extension to Hamlet. The cost of the project would be over $7.5 billion, and will be paid for mostly by utility customers-you and me! 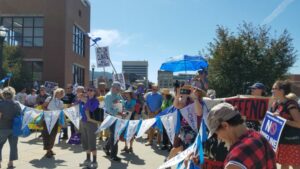 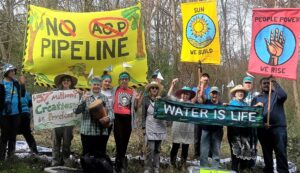 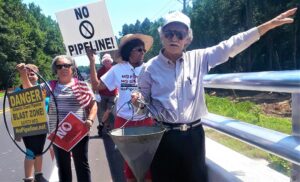 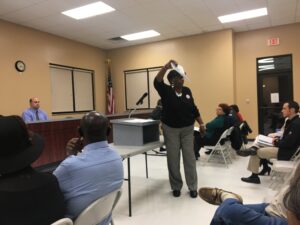 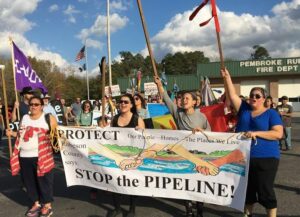