Posted on June 26, 2020 Categories: Latest News Comments are off for this post 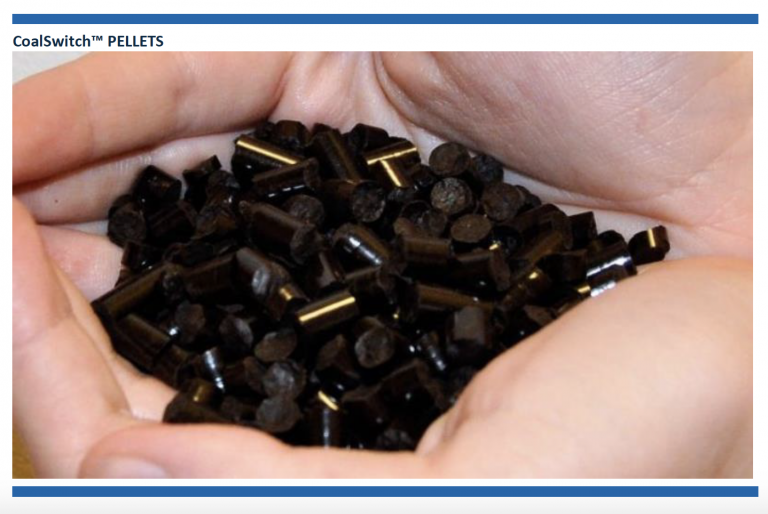 A proposed wood pellet plant faces vehement opposition from many Robeson County residents, including elected officials, and environmental advocates, who say the facility would not only pollute the air, but also would be financially risky and environmentally unjust.

The NC Department of Environmental Quality held a virtual public hearing Monday night to receive formal comments on a draft air permit for the plant, owned and operated by Active Energy Renewable Power, in Lumberton. More than 125 people attended, and of the roughly 50 who spoke, just four asked DEQ to approve the air permit; three of them were affiliated with the company.

A subsidiary of Active Energy Group, AERP is a publicly traded British company. As Policy Watch reported in April, aided by a half-million dollars in state taxpayer money, it purchased and upgraded the old Alamac Knits factory in south Lumberton. To make its pellets, AERP would use a commercially untested technology called CoalSwitch.

Active Energy’s emissions projections are based on a production rate of 40,000 tons of wood pellets per year. Based on estimates — themselves questionable, because they rely on emissions from a different pellet process  — the plant will emit an estimated 56 tons of pollutants per year. These include volatile organic compounds (VOCs), carbon monoxide, nitrogen oxides, greenhouse gases, formaldehyde and benzene. VOCs and NOx combined create ground-level ozone, another harmful pollutant.

The company has told shareholders that it expects to ramp up production to 400,000 tons annually, possibly as soon as 2021. Given that significant increase, pollutant amounts would also be expected to rise.

Nonetheless, Antonio Esposito, chief operating officer of AERP, told DEQ last night that CoalSwitch is “one of the most eco friendly processes you can use. We think the impact will be minimal on forests and communities.”

Enviva, for example, entered into a Special Consent Order with DEQ over the company’s faulty estimates. Anderson said more information is needed on acrolein and formaldehyde emissions. “These are important steps that should not be circumvented,” Anderson said.

Heather Hillaker, attorney with the Southern Environmental Law Center urged DEQ to deny the permit, or at least strengthen it “to make sure AERP doesn’t evade clean air requirements.”

Without emissions modeling and additional stack testing, she said, it’s impossible to confirm AERP’s claims. Hillaker also told the agency that is should conduct a full environmental justice analysis, which is governed by federal civil rights law.

Ninety percent of people living in the same census block of the plant are from communities of color; two-thirds are low-income. Within two miles of the plant are dozens of pollution sources, including multiple poultry farms, landfills and hazardous waste sites.

DEQ must consider these cumulative impacts, said Sherri White-Williamson Environmental Justice Coordinator with the North Carolina Conservation Network. “You must safeguard the health of the community and bring no further environmental harm to the citizens of Robeson County.”

Communities of color already suffer from higher rates of respiratory illnesses and are disproportionately sickened by COVID-19 than white people. According to the Robeson County Health Department, as of June 22, there have been 1,185 confirmed cases of COVID-19 and 37 deaths. Polluting industries are also more likely to locate near neighborhoods that lack the political, social and economic power to fight them.

“I’m totally against it coming because of the air pollutants,” Carol Richardson, a member of the Concerned Citizens of Robeson County and the NAACP, said. “To add this wood pellet plant would increase the threat to our health and well-being. Can you guarantee there will be no harm to us now or in future because of this plant? No, no, no, to the wood pellet plant.”

Although marketed as “clean energy,” wood pellets are a polluting industry. A single pellet plant can emit tons of hazardous air pollutants and greenhouse gases each year. And because the plants consume not just “waste wood,” but also whole trees, they contribute to deforestation. Even replanting trees can’t keep pace with the destruction of wildlife habitats, releases of carbon stored in the wood, and more severe flooding in low-lying areas — areas like Robeson County.

Like Enviva, which has four wood pellet plants in North Carolina, AERP has located in an economically disadvantaged area and has used the lure of jobs to boost support. However, opponents told DEQ that the purported economic benefit doesn’t outweigh the environmental and public health costs.Anita Cunningham of the Robeson County Coalition for Clean and Green Industry lives near the plant. Some of the wood would be sourced from Robeson County, and cutting the trees, Cunningham said, would add to the county’s severe flooding problems. “The trees absorb the water,” Cunningham said. “Do not grant this permit. It bothers me that more dirty industry is coming to North Carolina and Robeson County.”

Robeson County Commissioner Pauline Campbell said she doesn’t support recruiting more polluting industries to locate in Robeson County. “We’ve been subjected to environmental injustices for longer than I can remember,” she said.

AERP is legally required to create at least 40 full-time jobs, according to stipulations of a $500,000 state grant. (Some state documents say the facility will hire 50-60 people.)

In April 2019, the NC Department of Commerce awarded the money to AERP to go toward upfitting the building. The money is allocated to Robeson County, which in turn, gives it to AERP as a forgivable loan.

According to Active Energy’s application to the state, pay will range from $35,000 to $50,000 annually and the company will cover 50% of workers’ health insurance premiums.

The agreement with the state says that Active Energy has 18 months from the award date — or October of this year — to create most of the jobs, and they must be maintained for at least six consecutive months within the two-year grant period.

If Active Energy fails to meet the job terms of the agreement, the company must repay the money. But Commerce Department documents explicitly say that Robeson County is ultimately on the hook for the refund, regardless of whether officials can collect from AERP.

While the company projects it will eventually generate $10 million in revenue annually, between the lumber operations and the pellet plant. But AERP is currently deep in debt, according to its public financial statements and those submitted to the state Commerce Department. In 2014, Active Energy, the parent company, reported a loss of $2.7 million; those losses more than doubled the next year. In 2017, the company reported a comprehensive loss for the year of more than $14 million.

Rep. Charles Graham, a five-term Democrat who lives in Lumberton, said he is “not behind this project at this time.”

“We do need jobs but I heard and support citizens’ voices,” Graham said. “I’ve heard from a lot of people that DEQ should slow down. We need more information.”