The Connection Between Pipelines and Sexual Violence

Posted on October 18, 2019 Categories: Latest News No comments yet 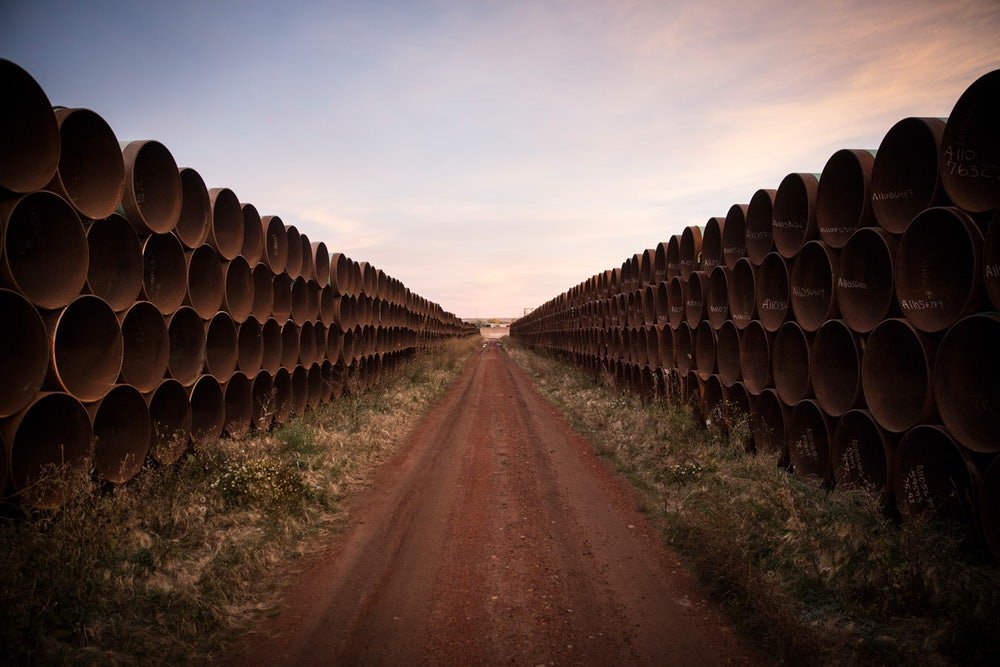 By: Nick Martin, The New Republic

Last Tuesday, Montana Attorney General Tim Fox announced that the state would intervene in the legal battle over the Keystone XL pipeline. “The Keystone XL Pipeline will bring jobs and economic development to Montana,” Fox wrote in a public statement. “The obstructionist litigation against it has dragged on for far too long—it’s time to settle the matter and begin construction.”

Fox, a Republican, is running for governor in 2020, and his support for Keystone XL was expected. Equally expected was the disappointment from environmental groups and tribal nations concerned about allowing another extractive pipeline to cut through the land.

What might have surprised outsiders, however, was how a pair of tribal nations reacted.

Within two days, Jestin Dupree and Brandi King, representing from the tribes living on the Fort Peck and Fort Belknap reservations, issued announcements on their Facebook pages: The tribes would no longer be participating in Montana’s recently assembled Missing Indigenous Persons (MIP) Task Force. The decision was swift and, as of a week later, remained intact, despite Fox reportedly personally calling Dupree to ask him to stay on the task force.

The MIP task force is the product of Senate Bill 312 and House Bill 21, which established a number of state responses to the ongoing epidemic of violence against indigenous women in the United States and Canada, colloquially known as the Missing and Murdered Indigenous Women (MMIW) crisis. These included an inter-tribal network on which families and law enforcement could post missing cases and a unique government position for assisting law enforcement with MMIW cases. The bills required multiple legislative sessions and votes to pass, and represented a long-overdue step forward for the tribal nations who had spent years merely trying to get the state’s attention.

So why would the tribes want to drop out of such a project over a pipeline?

In 2017, 5,646 Native women were reported missing in the United States. Nationwide, the murder rate for Native women is ten times that of the average American; in Montana, Native citizens are 6.7 percent of the population, yet between 2016-2018, they made up 26 percent of the state’s missing persons reports.

Some of the factors are easy to identify: jurisdictional confusion between local state-run police, the FBI, and tribal or Bureau of Indian Affairs police departments routinely leads to slow response times; slow response times allow for bodies, and thus the perpetrator’s DNA, to decompose and disappear; and slow response times lead to cold trails and dead-end cases, which make local law enforcement hesitant to undertake new cases. In 2017, U.S. attorneys declined to prosecute 37 percent of Indian Country cases, citing lack of evidence in 70 percent of the cases they dropped.

The question is whether federal and state governments will band together to fix it.

At a federal level, almost nothing is being done. While multiple pieces of legislation like Savanna’s Act—which would further update the various national missing persons databases and implement country-wide standards for law enforcement agencies serving Native communities—have been introduced, all of the MMIW bills have fallen short of earning the president’s signature due to shameless political bickering. The states, for their part, have at least made some progress: Seven states have passed legislation setting aside state funds to create task forces or MMIW law-enforcement specialists. That said, whether these moves will result in the community-level efforts required for meaningful change is still very much up in the air. And without a nationwide system to connect the trends established by these government agencies, under-reporting will remain an issue.

But who, exactly, is responsible for these Native women disappearing? That answer is much more complex. Sometimes, as in the case of Northern Cheyenne woman Hanna Harris, it’s a pair of non-tribal citizen transients; other times, it’s a member of the tribal community; and still other times, it’s a trucker or a passerby temporarily stopping through the reservation, dipping in and out of up to three different law enforcement jurisdictions before the community can even realize someone is missing.

It’s that last scenario that led King and Dupree to announce their reservations’ withdrawal from the MIP task force. Pipelines, a growing body of research suggests, can actually fuel violence against Native women.

Man camps, also described as “work-camp modular housing,” are temporary housing communities set up for the well-paid, typically male laborers that are tasked with constructing pipelines snaking their way above, across, and below our nation’s waterways and lands. More often than not, these routes, and as a result the man camps, find themselves cutting through or just outside of rural tribal nation lands and other marginalized communities.

A number of studies, reports, and congressional hearings now connect man camps—which can be used in mines and other extractive efforts as well—with increased rates of sexual violence and sex trafficking. The most well-documented cases thus far have occurred in the Tar Sands region of Alberta, Canada, as well as in western North Dakota and eastern Montana—an area known otherwise as the Bakken oil fields—though such activity is in no way exclusive to the region.

Because pipelines are typically routed through rural communities, local law enforcement, often times already stretched thin, are left trying to police a sudden, months-long influx of hundreds of outsiders. This was among the many points underscored in June, when Canada’s federal government released its MMIWG report, a years-long study undertaken by the federal government that declared the missing and murdered indigenous women epidemic a state-induced genocide. Among the findings presented in the 1,200-page document, the Canadian government pinpointed extractive industries and man camps as hotbeds of violence. “We call upon resource-extraction and development industries and all governments and service providers to anticipate and recognize increased demand on social infrastructure because of development projects and resource extraction, and for mitigation measures to be identified as part of the planning and approval process,” the report’s authors wrote.

While the fact that Canada invested the resources into producing the MMIWG Final Report sets it miles ahead of the U.S. government, Canada continues to invest in extractive efforts, its crude oil exports surpassed by only three other countries. (The U.S. currently sits at No. 8.) The Keystone XL pipeline, if completed, would transport oil sands from Canada down to the Gulf Coast, to be funneled into the region’s refineries. In South Dakota and Montana, towns around the reservation communities abutting the pipeline route would play temporary host to roughly 1,000 pipeline construction workers as they complete the project. And with the 1978 U.S. Supreme Court case Oliphant v. Suquamish preventing tribal police from charging non-tribal citizens with crimes, responsibility for policing the man camps is almost wholly shifted onto county sheriffs and the FBI.

The problem, as always in Indian Country, is getting American politicians to care about human beings more than campaign contributions. As it stands, U.S. officials, rather than heeding these side effects of the nation’s addiction to oil and natural gas, are instead focusing on fighting protesters. As the Montana Free Press has previously reported using public records requests, Fox and other Montana politicians have repeatedly met with local and federal law enforcement, but not to talk about the increased rates of violence along the pipeline route. Instead, following the lead of South Dakota Governor Kristi Noem, they have been meeting with police to discuss how to best proactively combat future Keystone XL demonstrators.

This, then, is why the two tribal nation representatives pulled out of the Missing Indigenous Persons (MIP) Task Force: outrage at the disconnect between state officials claiming to want to solve the crisis, and approving a pipeline most research suggests will exacerbate it. “When our tribal members are at risk due to the pipeline / man camp situations I can’t side with this,” Dupree wrote, denouncing the way in which Fox had blamed all opposition to the pipeline on environmental groups, and claimed the pipeline would be good for the region. “It was nice to attend these MMIP TF meetings and to get on the same sheet of music but then a slap in the face like this is just a let down.”

King was even more scathing: “I guess the MT DOJ really doesn’t give a shit.”

Read the article on The New Republic