‘The stakes are very high’: In North Carolina, more interest than ever in Duke Energy’s long-range plans

Posted on March 25, 2021 Categories: Latest News Comments are off for this post 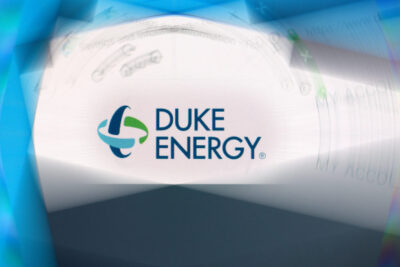 More than two dozen cities, counties and corporations have submitted comments on the utility’s plan, which will dictate whether and how they achieve their own ambitious renewable energy goals.

A record number of stakeholders — from tech company Apple to the City of Charlotte — are formally intervening in the process by which regulators review and approve the document, in an effort to gain more leverage in the proceedings.

A virtual public hearing, originally scheduled for last week, has been delayed while officials figure out how to accommodate the scores of North Carolinians who signed up to testify.

The various critiques of Duke’s plan vary on the edges, but the theme is consistent: The company plans too little wind, solar, and energy conservation and too many new gas plants at ratepayers’ expense.

The utility’s forecast is through 2035, the same year President Joe Biden wants the electric grid to be powered entirely with renewable sources, a goal aligned with scientists’ recommendations for avoiding climate change’s worst impacts.

“The stakes are very high right now,” said Gudrun Thompson, senior attorney with the Southern Environmental Law Center, “and that’s why you see this intense interest.”

A regulated monopoly that has a hand in the generation, transmission, or sale of nearly every electron in the state, Duke Energy has long caught flak for its 15-year electricity generation plan, which it revamps every two years.

Critics have complained that the company regularly overestimates its demand for electricity to justify building a new fleet of fossil gas plants while giving renewables short shrift, delaying and diluting the clean energy transition at ratepayers’ expense.

This year is little different. At the direction of regulators, Duke did offer two scenarios for reducing its carbon emissions 70% from 2005 levels by 2030, a key benchmark in the state’s clean energy plan. But the pathways still involve building about 4 gigawatts of new gas infrastructure, and they rely heavily on emerging technologies such as small nuclear reactors.

While Duke presents six options in all for meeting North Carolina’s electricity needs, it spills the most ink on what’s thought to be its preferred path, “Base Case with Carbon Policy.” Under it, the utility’s share of renewable energy, mostly solar, will more than double to 14%, while the contribution of gas will increase to 31% due to the addition of 7.3 gigawatts of gas plants.

Despite the company’s engagement with stakeholders on this year’s plan, the Base Case strategy continues the company’s trend of using flawed assumptions and methodology, Thompson said.

“You’re still seeing coal lingering too long on the system. You’re seeing not enough emphasis on energy efficiency, and not taking advantage of renewables and storage that are already cost-competitive with gas,” she said. There are some improvements on the margins, she added, “but the overall, high-level takeaway: It’s a lot of the same.”

‘We’re all in this together’

The Base Case plan will only cut Duke’s carbon pollution by less than two-thirds in 15 years — a critical detail for the nearly two dozen local governments in North Carolina who’ve pledged zero or near-zero carbon footprints in the same time frame.

These communities can take some steps on their own to meet their goals — erecting solar panels on the roofs of government buildings, buying electric vehicles to replace their existing fleets, or upgrading their lighting to hyper-efficient LED models.

Large customers like Charlotte can also utilize Duke’s Green Source Advantage program — a way around the state’s prohibition on third-party sales of electricity that allows the city to buy the output of a solar farm using the utility as a go-between.

But using such measures to power the city’s own operations entirely with renewable energy by 2030 would be a stretch, and it simply can’t meet its other goal — cutting the carbon footprint of every person in the city by more than 80% by midcentury — without Duke’s help.

“We’re all in this together,” said Sarah Hazel, chief sustainability and resiliency officer for Charlotte. “This is not a thing that we can do on our own. Everybody’s quite aware of that.”

The same is true for Raleigh, the state’s second-largest city after Charlotte, which in 2019 adopted a goal of reducing community-wide carbon emissions by 80% by 2050. The capital city signed a letter with 10 other local governments to regulators and sent its own individual letter to commissioners after adopting its own Climate Action Plan.

“We have a goal, we now have a plan,” said Nicole Stewart, an at-large City Council member first elected in 2017. “Duke’s renewable energy grid mix of 14% is too low for what we need.”

Raleigh and other cities across the state battling the affordable housing crisis also depend on Duke to lower energy burdens for low-income residents by increasing access to energy efficiency measures and renewable energy. Yet the utility’s 15-year plan evaluates costs, but not benefits, of energy conservation measures to participants, and omits consideration of tools like on-bill financing, which can help low-income communities afford efficiency upgrades.

“We encourage Duke Energy to expand energy efficiency programs offered to local governments and our residents to address bill affordability, health, and climate concerns,” Buncombe County and its county seat, Asheville, write in a joint letter to regulators.

Like many counties and cities, 66 businesses in North Carolina have their own 100% renewable goals, according to the North Carolina Sustainable Energy Association. Some, like Bank of America, have already achieved their targets in part via Duke’s Green Source Advantage program.

Still, said Brianna Esteves, state policy manager with Ceres, a nonprofit that promotes the business case for sustainability, many companies would rather avoid the additional risk and extra work involved in acquiring their own renewable energy sources.

Those motivations helped drive six industrial and commercial customers, including Burt’s Bees and Sierra Nevada, to comment on the utility’s plan earlier this month in coordination with Ceres. “It’s thinking long-term,” Esteves said.

In their petition to intervene and joint comments to regulators, global tech giants Apple, Google, and Facebook didn’t even mention their own 100% renewable goals. Instead, they focused on their status as major customers with high-intensity, 24/7 data centers in Duke territory.

Echoing other critics, the tech companies argue that Duke is inflating the costs of renewables and wildly underestimating the costs of natural gas in its plan. For example, the utility assumes carbon policy will result in a $5-per-ton cost of carbon starting in 2025, rising by $3 per ton per year — exponentially lower than most carbon tax proposals.

Duke projects natural gas fuel prices to remain relatively stable at around $2.50/MMBtu, perhaps rising to $4/MMBtu — more than 20% behind forecasts from the U.S. Energy Information Administration. Since demand for gas is expected to rise and supply is expected to shrink, Duke’s projections defy “fundamental economic theory,” the tech companies write.

As gas prices rise, and carbon policy becomes reality, new natural gas infrastructure could also become unusable long before it has depreciated. One analysis from the Energy Transition Institute found that if Duke added 9.6 gigawatts of gas, as contemplated in one of its scenarios, such stranded assets could cost ratepayers in both Carolinas $4.8 billion — $900 per family in today’s dollars.

Duke, the tech companies write in their comments, is “planning to invest billions of dollars in a traditional generation portfolio that might become a financial albatross to ratepayers for decades to come.”

‘Running out of time’

Advocacy from businesses in Virginia and South Carolina helped convince regulators there to reject Dominion Energy’s long-range plan, observers say, and many are hopeful the utility regulatory panel here will do the same or similar for Duke.

The seven-member Utilities Commission is made up almost entirely of appointees of Gov. Roy Cooper, a Democrat who’s issued a climate executive order and spearheaded the creation of the state’s clean energy plan.

Still, the statute governing the utility planning process in North Carolina is more open-ended than that in neighboring states, and some question whether the commission has the authority to reject Duke’s plans outright.

The utility, meanwhile, in a statement released days before a now-rescheduled public hearing, doubled down on its cost projections of both renewables and gas, saying that its “No New Gas” option was both the most expensive and “threatened the reliability and affordability of our power supply.”

A longtime advocate before the utility panel, Thompson of the Southern Environmental Law Center won’t make predictions on how it will rule. But she thinks the involvement from local governments and businesses can only help. “I would think that some new voices participating in the process would get the commission’s attention,” she said.

Above all, Gudrun and others say the urgency of the climate crisis means this is the year regulators need to force Duke to chart a dramatically different path. “We’re running out of time to turn the ship around,” she said.