Clean Water for North Carolina > Blog > Latest News > Two NC bills have different agendas for permits in environmental projects. Here’s what they would do.

Two NC bills have different agendas for permits in environmental projects. Here’s what they would do.

Posted on May 14, 2021 Categories: Latest News No comments yet 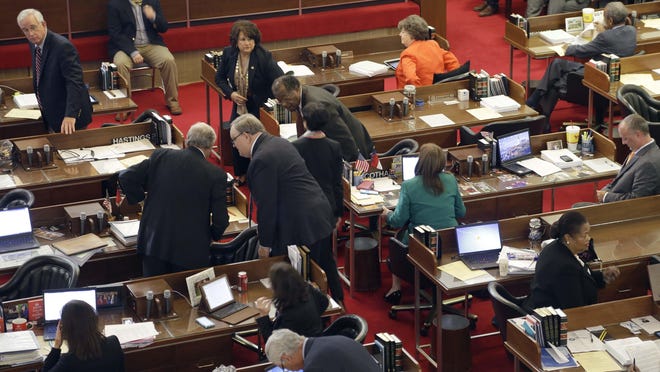 By: Kristen Johnson, The Fayetteville Observer
May 13, 2021

Two bills in the North Carolina General Assembly have different agendas for the operation of environmental projects and their impacts on communities living next to them.

One would make it easier for corporations to get permits needed to operate solid waste management systems, the other would make it tougher.

In the Senate, the NC Farm Act of 2021 calls for a general permit for the installation and operation of biogas digester systems, which is favored by the pork industry but condemned by some community members. In the House, the Environmental Justice Considerations bill requires state agencies to consider the dangers of an environmental project and deny any permits if it poses threats to communities of color.

Before anyone can install or operate a solid waste management system or project in the state, they must first apply for permits from state agencies, most specifically the N.C. Department of Environmental Quality.

Community members, activists, and the pork industry have been outspoken about the pros and cons of certain projects, like the Align RNG in Sampson and Duplin counties, and the effects on the environment and community.

If passed, the bill would require the department to deny permit requests from companies looking to construct solid waste management facilities or other projects if the department finds the facility would have an adverse impact on communities protected by Title VI of the Civil Rights Act of 1964.

Harrison, a former environmental activist, said the bill is unique because the state has few environmental justice considerations in current statutes.

“The aim was just to provide for more consideration of the impacts of these polluting facilities in vulnerable communities,” Harrison said. “We know that, traditionally, land is cheaper in rural areas, and often rural areas of color. Facilities often look there. It’s a national problem, not just a North Carolina problem.”

DEQ already requires a public comment period and public participation in its decision to approve permits for companies, and already takes into consideration the impacts a project, like a biogas facility, will have on a community.

The department, however, has approved permits before despite community pushback.

Poor people and communities of color have been found to be directly impacted by many environmental decisions, or lack thereof, and according to Harrison, the state has done poorly with addressing it.

Other sponsors of the bill include state Reps. Charles Graham of Robeson County, which has a large population of people belonging to the Lumbee Tribe of North Carolina, and Raymond Smith of Sampson and Wayne counties, the location of many hog farm operations and the site for the controversial biogas Align RNG project.

“We want corporations to relocate and grow strong in North Carolina and create good-paying jobs,” Graham said. “However, we also want them to be good stewards of our environment and keep our communities clean.

Graham, a member of the Lumbee Tribe, is the only Native American serving in the state legislature.

“What we’ve seen for decades in many of our marginalized and rural communities are a few multinational corporations that, when left unchecked, cause harm to our drinking water and our clean air, all without regard to the surrounding communities,” Graham said.

There is enough science and data available today that proves more can be done to protect the wellbeing of marginalized people living close to factories or landfills, he said.

HB 784 also comes after the introduction of the North Carolina Farm Act of 2021, SB 605, sponsored by Sampson County Republican Sen. Brent Jackson, which would require DEQ to issue a general permit for biogas digesters, or coverings over waste lagoons, at hog farm operations in the state.

According to Jackson, a general permit would speed up the process it takes for DEQ to approve individual permits for corporations seeking to operate anaerobic digester systems that produce biogas. The biogas, or what the pork industry calls “natural gas,” would be later used to power homes with electricity in the Align RNG project.

Of the more than 2,300 hog farms in the state, most of them already operate under a general permit, and Jackson said the provision is a step to “streamline” the process.

“The general permit allows them to do more than one at a time,” Jackson said. “You can have more than one farm involved at a time. The individual one they have to do it every time on each individual farm and it is not very conducive to being efficient.”

Community pushback about the potential dangers of the project is a difference in opinion, Jackson said.

“You’ve got folks on both corners of this argument,” Jackson said. “But in my opinion, by allowing these general permits and allowing more of these anaerobic digesters to be put in place on these farms, whether they be corporately owned or individually, is a step in the right direction for the environment.”

Jackson said the move is the most viable and economic.

Farmers who participate in the Align RNG project will be able to invest in renewable natural gas infrastructure on their own farms and reap the benefits of the long-term revenue in partnership with Smithfield and Dominion, according to the Align RNG information page

Environmentalists argue that the farm bill would further exacerbate the air and water pollution from hog farm operations in communities that already deal with the issue, not solve it.

They also say the bill, if passed, would limit DEQ’s public participation opportunities for community members to voice their concerns with certain environmental projects.

The Farm Act still needs to pass in two Senate committees before being voted on by the entire legislature.

As far as HB 784, Harrison said she is not sure if the prospects for the bill are great without the support of Republicans yet. However she said, “we certainly can get the conversation going.”

“We’re happy to get the bill filed, we’ve got good strong support from the environmental advocacy community,” Harrison said. “We had to start off with something that was achievable and then if we can get this piece done, we can add more.”

Read the article on The Fayetteville Observer