What to watch in the Appalachian Trail ACP fight 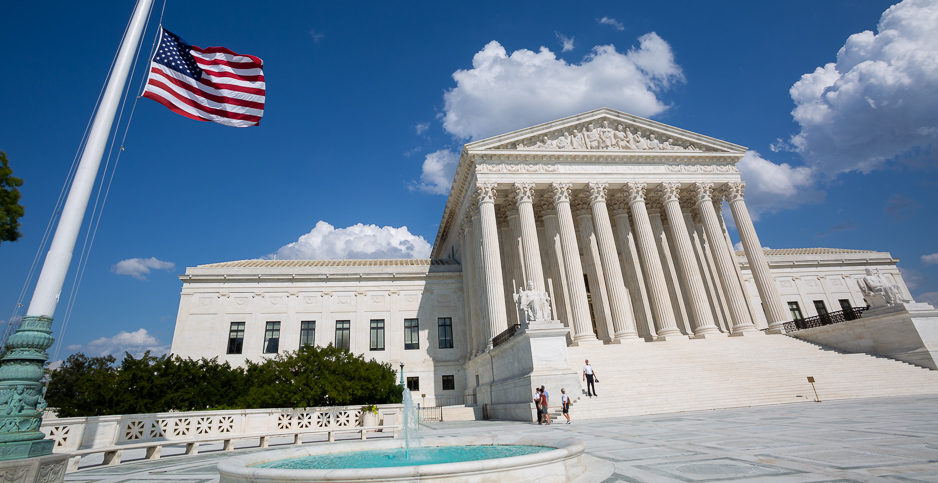 Parties on either side of a newly picked Supreme Court case on the Atlantic Coast pipeline see starkly different consequences of justices weighing in on the legal conflict.

The high court agreed last Friday to hear an appeal of the 4th U.S. Circuit Court of Appeals ruling that the Forest Service could not authorize the pipeline to cross hundreds of feet beneath the Appalachian Trail (Greenwire, Oct. 4).

Critics of the 4th Circuit decision — the pipeline developers, a coalition of states and other industry groups — see a ruling by the Supreme Court as having significant repercussions for natural gas pipelines on the East Coast by potentially making the Appalachian Trail a barrier to pipeline development. Some groups argued the decision could also have ripple effects for public lands management across the country.

But environmental groups and others supporting the 4th Circuit decision say it would not be the only impediment to a pipeline already stymied by revoked permits and inadequate environmental assessments by the federal government. They warn the case was not ready for the justices to consider. They also say the ruling does not prevent pipeline developers from rerouting the project on state or private land, though that would delay the project and make it much more expensive.

David Bookbinder, chief counsel at the Niskanen Center, said the case didn’t involve issues the high court had stated it considered important in ruling on an appeal, such as a split decision between federal circuit courts, a case involving a significant constitutional question or an issue concerning the court’s supervisory authority over the circuit courts.

“I’m surprised they took it, given it didn’t meet the criteria,” Bookbinder said.

The case focuses on a narrow stretch of the proposed pipeline route that crosses the Appalachian Trail on national forest land (Energywire, Sept. 26).

“What they are asking the Supreme Court to decide is if the Forest Service has authority to authorize that crossing,” said Nathan Matthews, a staff attorney at the Sierra Club’s environmental law program.

A decision favorable to the pipeline developers won’t suddenly clear the way for work on the pipeline to resume, groups opposing the pipeline say. So far, the project has lost seven major permits. Environmental groups point to these canceled permits as demonstrating how the case is not ripe for consideration by the Supreme Court.

“All those agency approvals were vacated because they cut corners,” added D.J. Gerken, a senior attorney for the Southern Environmental Law Center.

The Forest Service is still expected to examine the pipeline’s impact to water quality and wildlife, study alternative routes for the pipeline that would avoid the national forest entirely, and look at potential environmental consequences like erosion and landslide risks.

“So all those remain open issues, even assuming the Forest Service can grant the authority [to cross the trail]. It doesn’t mean at all the pipeline can proceed,” said Noah Sachs, professor at the University of Richmond School of Law.

That process would include allowing time for public comment and could lead to further objections from opponents of the pipeline and more delays for the project that have nothing to do with the case before the Supreme Court.

“It has a significant burden of proof, no matter what the outcome in the Supreme Court. It’s premature until the Forest Service does that work and a route through the forest can be approved,” Gerken said.

He said SELC was still working on ensuring the Forest Service redoes its environmental analysis of the pipeline route in the 4th Circuit even as the case in the Supreme Court moves forward.

“The law is very squarely on the side of what the 4th Circuit decided, we look forward to having our day in court,” Gerken said.

However, Dominion Energy Inc., the developer and operator of the pipeline, cited the importance of the Supreme Court weighing in on the case for the future of the project. The energy firm said the court’s decision would impact the ability of the pipeline to stay on an ambitious construction schedule. The company predicted the court would hear oral arguments early next year and issue a ruling in June 2020.

“We remain confident we can resolve the ACP’s other permitting issues to enable resumption of partial construction in a timely manner,” said Aaron Ruby, a spokesperson for the Atlantic Coast pipeline, in a statement. “A favorable resolution of the Appalachian Trail case will allow us to resume full construction by next summer and complete the project by late 2021.”

Ruby noted that there are more than 50 other pipelines underneath the Appalachian Trail. This specific pipeline would pass more than 600 feet below the surface and would be more than half a mile from either side of the trail. He described construction of the pipeline as critical for addressing “chronic shortages of natural gas” in coastal Virginia and eastern North Carolina.

“The region urgently needs new infrastructure to support the U.S. military, manufacturing, home heating and cleaner electricity as we move away from coal. We remain committed to this project and are confident it will be completed,” Ruby wrote.

Sachs said that if the Supreme Court upholds the 4th Circuit ruling, it would “deliver a body blow to the pipeline.”

“It doesn’t kill it entirely because Dominion could do a major reroute of the pipeline,” he said. “Dominion has already bought up most of the route, that would be extremely expensive for them.”

ClearView Energy Partners LLC also stated in a recent analysis of the case that if the Supreme Court does uphold the decision, the Atlantic Coast pipeline might need to either shift its course to no longer be on land managed solely by the Forest Service, or seek congressional approval for the existing route.

ClearView suggested that if the supporters of the pipeline lose on the merits of the case, the decision would prove to be a “new, but not insurmountable constraint” to project sponsors.

“Aligning a project’s route on an existing [right of way] through federal land or a crossing over privately owned land may pose fewer legal risks if opposition to the project looks likely,” according to the analysis.

Sachs said environmental groups would have to convince the justices to put more weight on the National Scenic Trails Act, which put the National Park Service in charge of administering the Appalachian Trail. That point is significant to this case because the Mineral Leasing Act prevents pipeline development on NPS land.

He added that both the NPS and Forest Service had been in alignment about wanting to allow the pipeline to cross the trail. He said the government had not wanted a 2-foot-wide piece of land running through forestland to disrupt the entire project.

While environmental groups emphasize the multiple challenges affecting the pipeline’s progress, proponents of the project have argued that the 4th Circuit decision transforms the trail into a “Great Wall” that would block pipeline projects on the East Coast. They also project the case would have further implications for public lands use.

West Virginia Attorney General Patrick Morrisey (R), who is part of a 16-state coalition supporting the pipeline in a brief to the Supreme Court, characterized the 4th Circuit ruling as impeding economic growth nationwide. Morrisey and the other attorneys general said that if the decision stands, it would turn the full 1,000 miles of the Appalachian Trail into a “near-impenetrable barrier” to further energy development.

“West Virginia strongly supports the Supreme Court’s decision as it signals the court recognizes the profound importance of this case as a matter of federal law and economic impact to Appalachia and the nation as a whole,” Morrisey said in a statement Friday. “We remain hopeful this decision is a precursor to ultimate victory and an end to the unnecessary delays that have negatively impacted the livelihoods of our working class families and the services they receive.”

The coalition also said the decision would prevent development on 11,000 miles of federal trails and could even disrupt the national power grid by discouraging infrastructure investment.

It’s a concern also shared by Lawson Fite, general counsel for the American Forest Resource Council, based in Portland, Ore.

The organization joined with other industry groups in warning against the potential impacts of the case on public lands in a brief to the Supreme Court filed this summer.

“The case itself addressed only the Mineral Leasing Act, but the language then becomes, it’s not just you can’t issue a pipeline right of way, these are lands within the National Park System and they are [now] subject to control of the National Park System rather than the Forest Service,” said Fite. “The way the decision was structured, it is not logically limited to just applying to Mineral Leasing Act.”

He said AFRC doesn’t have a position one way or the other about the pipeline on the other side of the country, but was concerned about what the case could mean more broadly for land management on public lands.

“So it’s hard to say what the particular effects would be on forest management, but that type of scope, particularly when that is so unnecessary to determining whether the pipeline is appropriate, or deciding the case below, that was really concerning to us,” he said.

Fite suggested the case could have implications for the Jordan Cove Liquefied Natural Gas Terminal in Oregon. The proposed route of the pipeline feeding the terminal would cross the Pacific Crest Trail.

The more immediate impact would likely be in the Mountain Valley pipeline, whose path also crosses the Appalachian Trail. The project is much farther along than the Atlantic Coast pipeline, with 85% of the construction complete.

However, ClearView pointed out key differences between the pipelines. In Mountain Valley’s case, the Bureau of Land Management, rather than the Forest Service, issued the approval.

“While the Forest Service was involved in that approval too, we believe the facts of that project substantively differ,” an analysis by the firm read.

Natalie Cox, a spokeswoman for the Mountain Valley pipeline, said in a statement it was pleased with the Supreme Court taking the Atlantic Coast case and was looking forward to a resolution on the “important issue.”

The Supreme Court’s decision to hear the case on the Atlantic Coast pipeline crossing of the Appalachian Trail now delays a separate case challenging the Federal Energy Regulatory Commission’s certification of the entire 600-mile pipeline.

Opponents of the pipeline in that case contend FERC did not adequately consider environmental and climate impacts of the project (Energywire, Sept. 16).

On Friday, after the Supreme Court agreed to hear the case, a panel of judges on the U.S. Court of Appeals for the District of Columbia Circuit decided to stay litigation “pending further order of the court.” Oral arguments had previously been scheduled for Oct. 16.

Read the article on E&E News 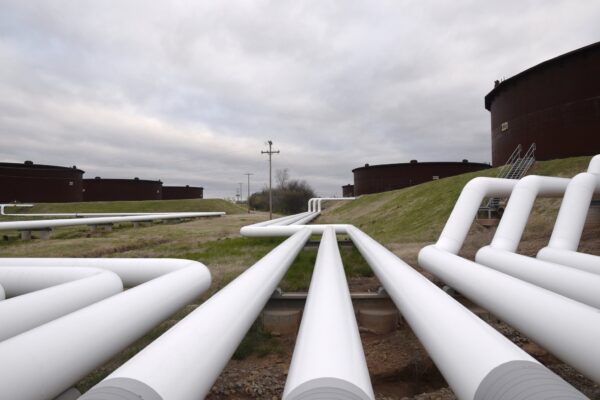 What the Negative Price of Oil Is Telling Us 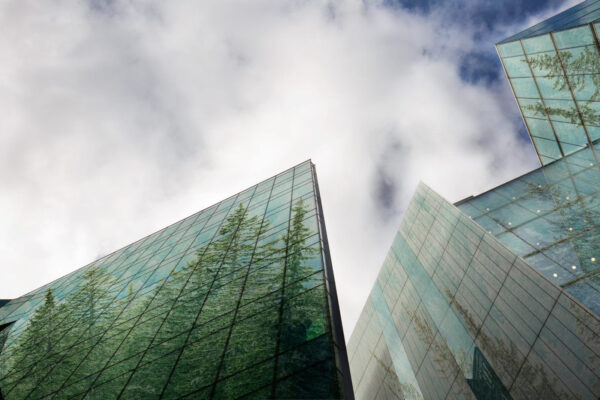 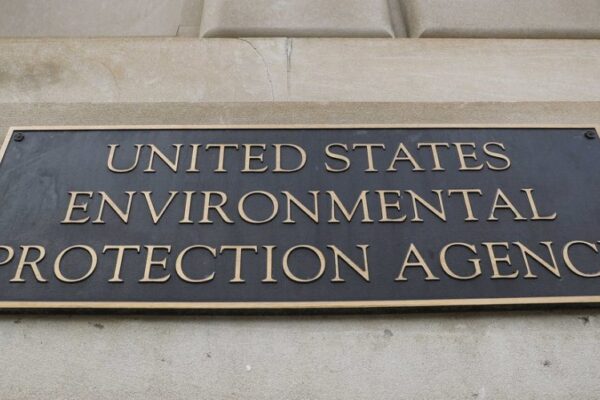