Why Are Democratic Governors Still Doing Favors for the Oil Industry?

Posted on November 25, 2019 Categories: Latest News Comments are off for this post 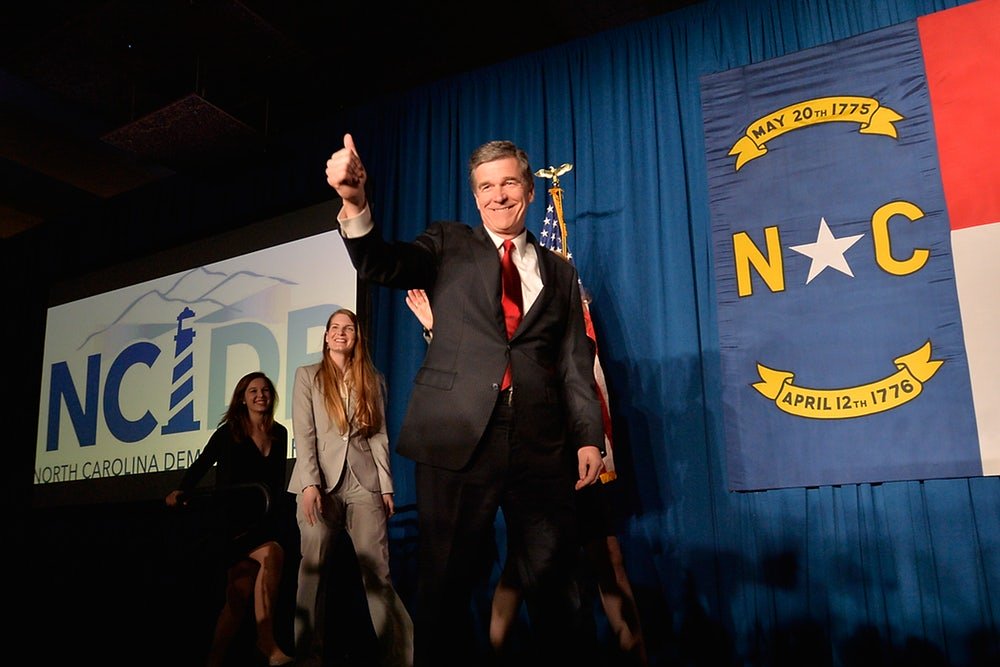 By: Nick Martin, The New Republic

As the world warms and weather grows more extreme, it’s hard to find anyone in American politics—Democrat or Republican—taking the crisis as seriously as scientists suggest they should. A report released this week by the United Nations Environment Programme found that by 2030, the world’s states will have produced twice the amount of fossil fuels allowable if limiting global warming to two degrees Celsius (3.6 degrees Fahrenheit); the current rate of production is 120 percent over what would be necessary to limit warming to 1.5 degrees Celsius. The United States and six other major national powers, the report said, “appear to be banking on export markets to justify major increases in production.”

The Trump administration has done everything in its power to perpetuate climate denial and further fossil fuel extraction: For the past three years, the Department of the Interior, the Environmental Protection Agency, and the Bureau of Land Management have all been under the rule of a revolving door of climate-change-denialist industry lackeys, and federal proposals for offshore drilling and natural gas pipelines, as well as environmental protections rollbacks, have all sped through these agencies that, in theory, exist to solve this global crisis rather than expedite it.

But what’s gotten less attention, in recent years, is that many Democratic governors, who could be slowing these national trends, are also speeding oil and gas production.

The latest example comes from North Carolina Governor Roy Cooper, a Democrat elected in 2016 and preparing for a reelection run in 2020. Cooper is a centrist whose championing of the controversial Atlantic Coast Pipeline is a prime example of the Democratic Party’s shuffling on climate change where environmental realities collide with the itch to ramp up domestic oil production.

The ACP is a project helmed by private energy corporations Dominion and Duke Energy, which dominate energy production in the Southeast. In 2017, facing opposition from tribal communities and environmentalists particularly affected by the pipeline’s route, Cooper allowed the CEOs of the two companies open access to his office to come up with a solution. That solution turned out to be what is known as a mitigation fund: Duke Energy agreed to place $57.8 million in an account that would be controlled by the governor, with the idea being that the money would be used to offset environmental damage caused by the construction of the pipeline or its statistically inevitable leaks. Shortly after the deal was reached, Cooper hired Lee Lilley, a lobbyist for Dominion, as his legislative liaison.

The state legislature, then controlled by a Republican supermajority none too happy about the governor having a multimillion-dollar fund at his discretion, cried foul, quickly passed a bill, and overrode Cooper’s veto to take control of the fund and direct it to school systems along the pipeline’s path. Still dissatisfied with how the process played out behind closed doors, North Carolina’s GOP leaders contracted a firm to conduct an external investigation into whether the fund was established legally. This past Wednesday, the resulting report was released, finding that “criminal violations may have occurred.” (Emphasis should obviously be on “may.”)

Whether Cooper or members of his staff committed any sort of criminal behavior while ramming the ACP down North Carolinan throats is clearly, as The Charlotte Observer’s editorial board argued Wednesday, worthy of a full investigation. But the other question that must be asked of Cooper, and of any Democrat who supports ACP, is why they ever sided with two massive private gas and oil companies—one of which is already infamous for leaking toxic coal ash into major waterways and then having the gall to ask taxpayers to fund the cleanup—against the marginalized communities the pipeline will tear through, to begin with.

It’s a question of increasing salience as governors across the political spectrum sign legislation protecting oil interests and criminalizing acts of protest. On Thursday, Wisconsin Governor Tony Evers, also a Democrat, followed the examples of South Dakota and Oklahoma when he signed into law Assembly Bill 426. The legislation makes it a felony to trespass on lands used by gas and oil companies, punishable by up to six years in prison and a $10,000 fine. The law exists because Enbridge wants to run its Line 5 pipeline through the reservation lands of the Bad River Band of the Lake Superior Tribe of Chippewa Indians, who have sued the company to reroute the pipeline away from one of their water sources. Like his North Carolina counterpart, rather than support his Native neighbors, Evers has instead chosen to side with the Canadian pipeline multinational corporation.

As it turns out, blue states can be just as intertwined with the extractive industries as their red and purple neighbors. Consumer Watchdog reported over the summer that eight of the state regulators at the California Division of Oil, Gas, and Geothermal Resources (DOGGR), who are tasked with overseeing the oil and gas well approval process, have hundreds of thousands of dollars invested in the very companies they regulate. Although Newsom moved to fire the head of DOGGR shortly after the Watchdog report was released, the damage had already been done: Through the first five months of 2019, Newsom’s DOGGR approved 35 percent more oil and gas wells than Brown’s DOGGR did during the entirety of 2018. Fracking permits were even more egregious, with a spike of 103.2 percent in that same five-month period compared to last year. Of those well permits, 45 percent of the approvals directly benefited oil companies that DOGGR officials have invested in.

While California has nearly halved its oil production when compared to 1985 rates, and while Newsom resolved to crack down on fracking permits, the state still ranks as the sixth-highest producer in the nation, and its extraction rates have actually grown since 2015, according to Route Fifty.

The particulars of individual corruption investigations aside, it’s not hard to understand the dynamic at work. Domestic oil is a sexy option for middle-aged politicians who have attained a certain power status, both because it’s incredibly enriching and because they won’t be around to face the results of their policy decisions. Backing the domestic extraction industry is a bipartisan activity, one encouraged by President Barack Obama and doubled down on by President Donald Trump. The goal is money and power, both for the individual politicians pocketing fossil fuel donations and for this imperialist nation as a whole. “If we are a large worldwide supplier of natural gas, what does it mean?” Interior Secretary David Bernhardt said in a Reuters interview published Thursday. “That’s good for the world.”

It’s easy to call out openly craven GOP politicians like South Dakota’s Kristi Noem and Oklahoma’s Kevin Stitt or federal agency heads like Bernhardt. Their shamelessness is rooted in their denial of climate change being a human-affected process. Those on the other side of the aisle, serving in a party whose national leadership purports to be committed to phasing out fossil fuel production, don’t have that excuse. Cooper and Newsom are not alone, and they won’t be the last of their kind. When 2030 arrives, and we blow past the two-degree threshold, there won’t be just one party to blame.

Read the article on The New Republic