Posted on June 24, 2022 Categories: Latest News Comments are off for this post 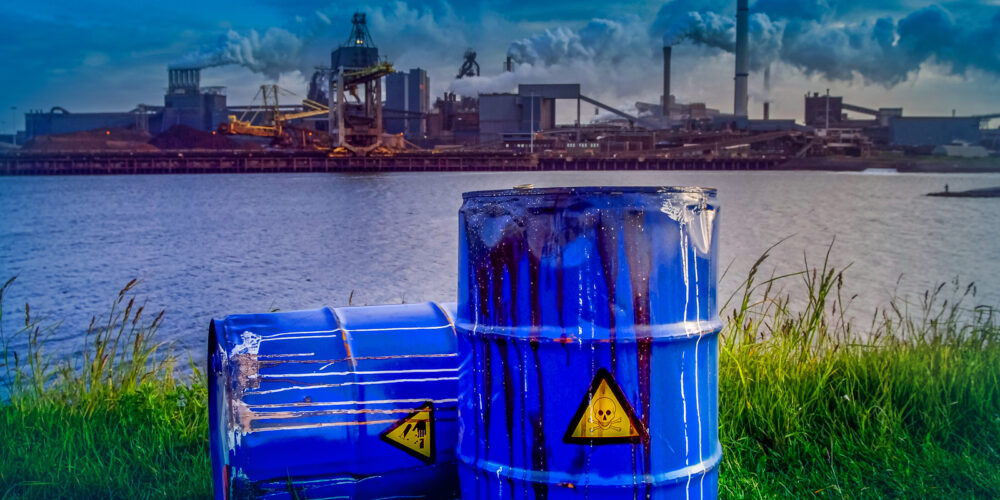 The Environmental Protection Agency warned Wednesday that a group of human-made chemicals found in the drinking water, cosmetics and food packaging used by millions of Americans poses a greater danger to human health than regulators previously thought.

The new health advisories for a ubiquitous class of compounds known as polyfluoroalkyl and perfluoroalkyl substances, or PFAS, underscore the risk facing dozens of communities across the country. Linked to infertility, thyroid problems and several types of cancer, these “forever chemicals” can persist in the environment for years without breaking down.

“People on the front-lines of PFAS contamination have suffered for far too long,” EPA Administrator Michael Regan said in a statement. “That’s why EPA is taking aggressive action.”

The guidance aims to prompt local officials to install water filters or at least notify residents of contamination. But for now, the federal government does not regulate the chemicals. Health advocates have called on the Biden administration to act more quickly to address what officials from both parties describe as a contamination crisis that has touched every state.

“Today’s announcement should set off alarm bells for consumers and regulators,” said Melanie Benesh, legislative attorney at the Environmental Working Group, a nonprofit organization. “These proposed advisory levels demonstrate that we must move much faster to dramatically reduce exposures to these toxic chemicals.”

Since the 1940s, chemical makers have used the highly durable compounds to make nonstick cookware, moisture-repellent fabrics and flame-retardant equipment. But that same toughness against water and fire, which made the chemicals profitable, allowed them to accumulate in nature and build up in the body — with long-term health effects.

Agency officials assessed two of the most common ones, known as PFOA and PFOS, in recent human health studies and announced Wednesday that lifetime exposure at staggeringly low levels of 0.004 and 0.02 parts per trillion, respectively, can compromise the immune and cardiovascular systems and are linked to decreased birth weights.

Those drinking-water concentrations represent “really sharp reductions” from previous health advisories set at 70 parts per trillion in 2016, said Erik Olson, a senior strategic director for the Natural Resources Defense Council, an advocacy group. The announcement, he added, sends “an important signal to get this stuff out of our drinking water.”

More significantly, the EPA is preparing to propose mandatory standards for the two chemicals this fall. Once finalized, water utilities will face penalties if they neglect to meet them. The advisories will remain in place until the rule comes out. The EPA also said Wednesday that it is offering $1 billion in grants to states and tribes through the bipartisan infrastructure law to address drinking-water contamination.

The advisories’ levels are so low that they are difficult to detect with today’s technology. Some lawmakers, including Sen. Shelley Moore Capito (W.Va.), the top Republican on the Senate Environment and Public Works Committee, said in a statement that this meant the new guidance is impractical.

“EPA’s announcement will only increase confusion for water systems’ compliance efforts and further complicate risk communication to the public,” she said.

The American Chemistry Council, the chemical industry’s main trade group, said in a statement that it supports developing enforceable standards for these long-lasting compounds. But it faulted the EPA for issuing the advisories before outside experts on the agency’s Science Advisory Board had finished reviewing the underlying research, suggesting the process is “fundamentally flawed.”

“Rather than wait for the outcome of this peer review, EPA has announced new Advisories that are 3,000 to 17,000 times lower than those released by the Obama Administration in 2016,” it said.

Already in the United States, manufacturers have largely replaced PFOA and PFOS with other fluorinated compounds. The EPA determined that two of those alternatives — dubbed GenX and PFBS — also are dangerous to ingest even at relatively low levels, according to a review of recent research on mice.

Among the communities hit hardest with contamination are those near military bases, where PFAS-laden foams were used for decades to fight jet-fuel fires.

Many residents in Oscoda, Mich., for instance, have heeded warnings from state health officials and stopped drinking untreated well water and eating deer hunted near the now-shuttered Wurtsmith Air Force Base.

“There still is no plan in place for the cleanup,” said Anthony Spaniola, an attorney and co-chair of the Great Lakes PFAS Action Network whose family has a lakeside home in Oscoda. “The Department of Defense, quite frankly, has mismanaged this site, bordering on reckless.”

Spaniola hopes the new health advisories mean the military will “change the scope of what they need to clean up.”

In North Carolina, Emily Donovan’s family of four started carrying around bottled water and installed a filter under their sink after PFAS were discovered in and around Cape Fear River. Instead of asking parents to donate cookies and cupcakes, schools request bottles of water for dances and other events.

“It’s a layer of stress that we all live with now,” said Donovan, now an activist who co-founded Clean Cape Fear and is on the leadership team of the National PFAS Contamination Coalition.

Regan, who served as North Carolina’s top environmental official before joining the EPA, ordered the chemical company Chemours to stop the compounds from trickling into the river. On Wednesday, the company took issue with the analysis the EPA used to craft its latest guidance.

“We are already using state-of-the-art technologies at our sites to abate emissions and remediate historical releases,” Chemours said in a statement. “We are evaluating our next steps, including potential legal action, to address the EPA’s scientifically unsound action.”

While the agency is planning to regulate two PFAS, thousands of distinct compounds have been discovered. Many health advocates say federal regulators need to crack down on the compounds as a group.

“We can’t continue this whack-a-mole approach to regulating them,” Olson said. “We’ll never be finished in anyone’s lifetime.”

Radhika Fox, who heads the Office of Water at the EPA, said the agency is considering more sweeping regulations of the class of compounds. “We are exploring options to propose a rule that is for groups, not just PFOA and PFOS,” she told reporters Tuesday in a Zoom call.