Posted on December 10, 2021 Categories: Latest News Comments are off for this post 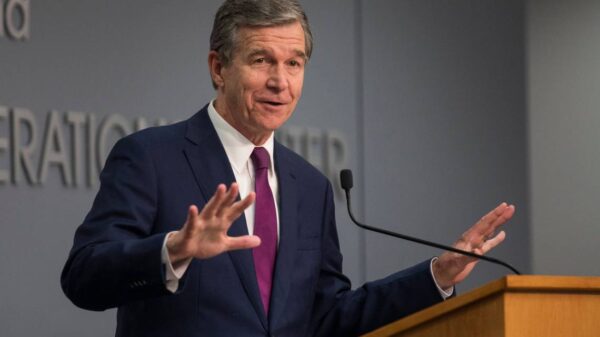 No local governments in North Carolina have moved to ban natural gas from new construction, but some governments in California and the Northeast have. That led to a nationwide push by the natural gas industry to enact state laws preventing future bans, which have now been enacted in at least 20 states.

“This legislation undermines North Carolina’s transition to a clean energy economy that is already bringing in thousands of good paying jobs,” Cooper said in a statement. “It also wrongly strips local authority and hampers public access to information about critical information that impacts the health and well-being of North Carolinians.”

For House Bill 220 to become law, 72 members of the N.C. House of Representatives and 30 members of the N.C. Senate would need to vote to override Cooper’s veto. When the bill returned to the House for concurrence in late November, it passed 57-46. Environmental groups said the legislation would prevent future action by local governments to curb the impacts of climate change, while Republicans who supported the legislation said it would protect consumers’ ability to choose the source for their heating and appliances.

“The heavy hand of government has no place in the personal decisions North Carolinians make for their households,” Rep. Dean Arp, a Union County Republican who is among HB 220’s primary sponsors, said in a written statement.

Elsewhere in the country, banning natural gas is part of the effort to “electrify everything,” shifting cooking and cleaning to electric stoves and heat pumps. The thinking is that as electricity continues to be increasingly generated by renewable sources like solar and wind, electrified homes will contribute less to climate change than those with appliances and heat powered by natural gas.

The NC Home Builders Association was among the trade groups supporting the passage of HB 220. An association lobbyist previously told The News & Observer that the organization was worried that banning natural gas in construction could cause prices to increase and limit consumers’ energy options.

In a written statement, Luiz Martinez, the NRDC’s Asheville-based director of Southeast energy, said, “North Carolina must be able to pursue new policies to combat climate change, create clean energy jobs, and make our communities healthier — and HB220 would have prevented that.”

Together, North Carolina’s commercial and residential buildings were responsible for the equivalent of 11 million metric tons of carbon dioxide emissions in 2017, according to the N.C. Greenhouse Gas Emissions report released in January 2019. That was about 7.3% of the state’s gross emissions that year.

In a written statement on Nov. 29, June Blotnick, the executive director of CleanAIRE NC, said, “City and county governments have been the vanguard of fighting climate change. This bill is a swipe at their ability to protect their constituencies.”

In a written statement, Cynthia Satterfield, the N.C. Sierra Club’s state director, said, “We support safeguarding our critical infrastructure, but we also support the public’s right to know how its water is being treated, and to have adequate information to provide comment on infrastructure projects.”

The public records exemptions were originally introduced in House Bill 911. As the bill made its way through the House, a bipartisan group of legislators worked together to remove the wastewater collection and outfall exemptions. They also clarified that information about lead service lines would remain public.

But HB 911 has stalled in the Senate for months, and the Senate added the original exemptions to HB 220. That raised some concerns among a bipartisan group of legislators in the House and, evidently, with Cooper.