Clean Water for North Carolina > Blog > Latest News > The legislature’s environmental budget: What’s in it, how much, and why it matters to you

The legislature’s environmental budget: What’s in it, how much, and why it matters to you

Posted on November 23, 2021 Categories: Latest News Comments are off for this post 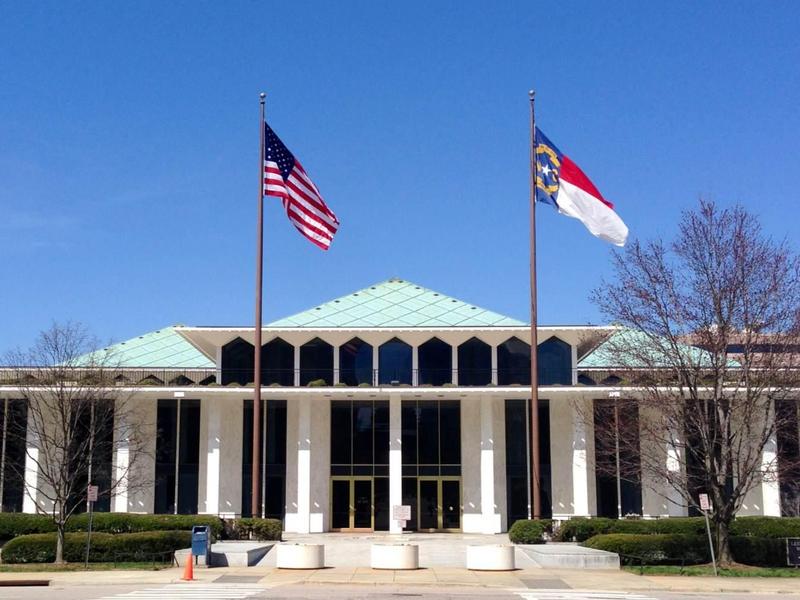 For the past 10 years, Republican-led majorities in the General Assembly have sacked the Department of Environmental Quality budget, apparent punishment for enforcing, even meagerly, state and federal environmental regulations. Yet, for the first time since 2017, the legislature’s new proposed budget for DEQ exceeds $100 million. Although substantially less than Gov. Cooper’s proposal of $145 million, and still far short of what the agency needs to fulfill its mission, breaking the $100 million barrier is significant.

So what does this mean to the run-of-the-mill individual taxpayer whose checks float state government? A review of the budget documents reveal some key appropriations, as well as items that bear watching, and of course, some questionable expenditures.

Item: Five new full-time positions for the “Emerging Compounds Unit,” devoted to mapping and determining the sources of PFAS and 1,4-Dioxane in waterways and drinking water. Plus two temporary positions in this unit will become permanent.
Amount: $685,926 each year
Why it matters: “Emerging compounds” is shorthand for Toxic Chemicals We Don’t Know Enough About But Will Likely Do Very Bad Things to Humans. Among them, PFAS are widespread in the state’s drinking water supplies. Also known as perfluorinated and polyfluroalkyl compounds, they are toxic, and have been linked to thyroid disorders, kidney and testicular cancers, immune system disruptions, reproductive issues and developmental problems in the fetus. Besides the Chemours facility near Fayetteville that has been the source of enforcement actions by state officials, there are other sources of PFAS — firefighting foam, for example — but the full scope of the problem is unknown.

Another likely carcinogen, 1,4-Dioxane, is also found in drinking water, landfill leachate and wastewater sludge that is applied to farm fields. That sludge can seep into groundwater, contaminating private wells, as well as rivers and lakes that serve as public drinking water supplies.
Knowing the source of these compounds can at least publicly identify them. Unfortunately, since the EPA hasn’t yet regulated these compounds in drinking water, the state’s authority to bring the hammer down is limited. (The City of Greensboro is a chronic offender and entered into a Special Order By Consent with DEQ; nonetheless, the city continues to discharge illegal amounts of the compound into the drinking water supply.) People who could be exposed to the compounds would benefit from the information, and could then decide whether to install filtration systems in their homes or pursue alternate water supplies — or sue the perpetrator.

Item: Increase in monies for the Bernard Allen Drinking Water Fund
Amount: A temporary increase to $700,000 each year, up from $400,000 annually
Why it matters: This fund helps eligible households — based on income — secure an alternate drinking water supply if their private well becomes contaminated with human-made compounds. However, there is no income limitation for wells that are contaminated with PFAS. Chemours is responsible for paying for alternate water supplies for people living near its plant. But when the source is unknown, money from this fund pays for well testing as well as alternative water. (There are spending caps, given the finite amount of money.) However, there is a shortcoming in the law that established the fund: Households whose wells contain high levels of naturally occurring elements, such as arsenic and lithium, are not eligible, even though their health might be at risk.

Item: Cape Fear Public Utility Authority
Amount: $30 million
Why it matters: Because it’s at the end of a 191-mile river, the Cape Fear Public Utility Authority gets the dregs of upstream pollution — like a bar mat that collects all the excess beer and alcohol spilled over the course of a night. Since 2017, the CPFUA has grappled with trying to remove PFAS, including GenX, and 1,4-Dioxane from upstream dischargers, but because traditional treatment systems don’t filter those compounds, they can remain in the drinking water at high levels. CPFUA has spent money to improve its system with technology that removes about one-third of 1,4-dioxane from raw water. But the full cost to upgrade the water treatment system is upward of $46 million, plus another $3 million in annual operating costs. Unless the utility can successfully sue Chemours or another identified source, that expense is on the ratepayers.

Ironically, though, by appropriating $30 million from state funds, taxpayers are still shouldering the financial cost, while lawmakers are phasing out corporate income taxes — like those on Chemours — by 2029.

Item: Grants for water and sewer utilities that have been designated as distressed or are at risk of being distressed

Amount: $456 million and $317 million, respectively
Why it matters: We often take water and sewer service for granted — until one or both stops working. But more than a major inconvenience, substandard water and sewer can pose public health hazards: contaminated drinking water, sewer overflows into the streets and waterways, breaks in 70-year-old water mains that create sinkholes in the road. Some smaller cities and towns, especially those losing industry and population, no longer have enough customers to pay for infrastructure upgrades and maintenance. The towns get farther behind in fixing the systems, amass debt and can’t dig themselves out. The state moves in and declares them “distressed.” There are 22 public utilities currently listed as distressed based on water and sewer issues — and whose situation is worsening — according to state records. These funds, apportioned by the Water Infrastructure Authority, could help needy utilities repair their systems, provided of course, there are people to do the work. Of the 22 utilities in crisis, 10 also have “internal control” issues, which in short means their record-keeping and audits are a mess.

In addition to general funding for at-risk utilities, who must apply to the Water Infrastructure Authority for money, 115 municipalities are receiving direct funds from the legislature. They don’t have to fill out forms or be scored in order to substantiate their need to the WIA. In other words, they’re cutting in line, thanks to friends in high places.

Why it matters: The question is not if the coast will get battered next hurricane season, but how many times. Seaside and sound side communities are still recovering three years after Hurricane Florence, and a routine nor’easter can peel the pavement off Highway 12. Climate change is helping to strengthen storms while lifting sea levels, especially in northeastern North Carolina, where the ground is sinking at the same time — a double whammy. Coastal planning and management, as well as a person to do the administrative work, are key to these communities’ ability to adapt to a changing and unpredictable climate. But the money will go only so far unless developers stop building homes on the edge of the ocean — a situation that just begging for trouble.

Worth tracking: The NC Policy Collaboratory an environmental and public health think tank housed at UNC-Chapel Hill, is now enshrined into law and funded at $1 million a year. Jeffrey Warren, former science and energy advisor to Senate leader Phil Berger, became the research director of the Collaboratory nearly five years ago. Although Warren’s tenure as the Berger policy whisperer produced some much criticized environmental bills around such topics as coal ash, fracking, and sea level rise, his time at the Collaboratory has resulted in some solid scientific research, particularly regarding PFAS.

One task for the Collaboratory is compiling a database of PFAS-containing firefighting foams ($100,000). The legislature devoted an entire section to these foams, known as AFFF. Once the budget becomes law, state and local fire departments, including those serving airports, must provide an inventory of all AFFF, including amounts, storage, disposal and “deployment” or use. Record-keeping must include the date, time and location of where AFFF was used, as well as how much and why the fire department used that type of material. This will allow state environmental officials to track where the AFFF might have entered waterways, but also gives public health officials a clearer picture of firefighters’ exposure to the chemical. However, the original language would have banned AFFF in training but was watered down at the last minute into this the AFFF study provision.

Department of Agriculture and Consumer Services

Why it matters: Pro tip: Don’t throw your leftover pesticides in the trash. The money in this appropriation would be used to help — for free — farmers and homeowners in the safe collection and lawful disposal of banned, outdated or unwanted pesticides. Hazardous material shouldn’t go to a municipal landfill. Instead, pesticides should be disposed of in special landfill that handles this type of waste. Or you could just learn to live with the dandelions.

Amount: $300,000 each year
Why it matters: The Hemlock Woolly Adelgid is an invasive, homely insect that is decimating vast acres of hemlock trees in the North Carolina mountains. It was also found in 2010 at Hemlock Bluffs Nature Preserve in Cary. Hemlocks are known as the “redwood of the east,” according to the National Park Service. Some Eastern hemlocks can grow more than 150 feet tall on trunks measuring 6 feet in diameter. Some of these trees in the Great Smoky Mountains are over 500 years old. But when large stands of hemlocks die, as they are en masse in Western North Carolina, it ignites a chain reaction that damages, sometimes irreparably, habitats for fish, birds and other wildlife. These die-offs release carbon dioxide, a greenhouse gas that drives climate change, into the atmosphere. Restoring hemlocks is key to rehabilitating parts of the mountain ecosystem as well as storing carbon in the trees.

Item: Wildfire suppression
Amount: $4 million for an airplane tanker and a helicopter to help suppress wildfires, plus another $5 million to replace old fire suppressant equipment. An additional $1 million in grants go to forest owners for prescribed burning.
Why it matters: Considering how wet the mountains were this year because of Tropical Storm Fred, it’s easy to forget about the possibility of wildfires. But so far this year in North Carolina, 2,801 fires have burned 8,422 acres, according to the NC Forest Service. North Carolina has already outpaced 2020 in the number of fires (2,302) and acreage burned (7,829).
Prescribed burning is important to suppressing wildfires. Selectively burning understory — a longtime and effective method employed by Native American cultures — deprives potential wildfires of fuel.

Questionable: $200,000 in one-time money for the Cleveland County Fair, which is in House Speaker Tim Moore’s district, and a half million dollars to pave the Duplin County Events Center parking lot, which is in Rep. Jimmy Dixon’s district.

Worth tracking: Proceeds from timber sales on Department of Agriculture land are to be used for land restoration and stewardship. How much money did the department earn from the sale of 19 acres of timber that is now a State Fair parking lot? Policy Watch filed a public records request on Oct. 28 for information on those revenues. Stay tuned.