Posted on July 14, 2022 Categories: Uncategorized Comments are off for this post 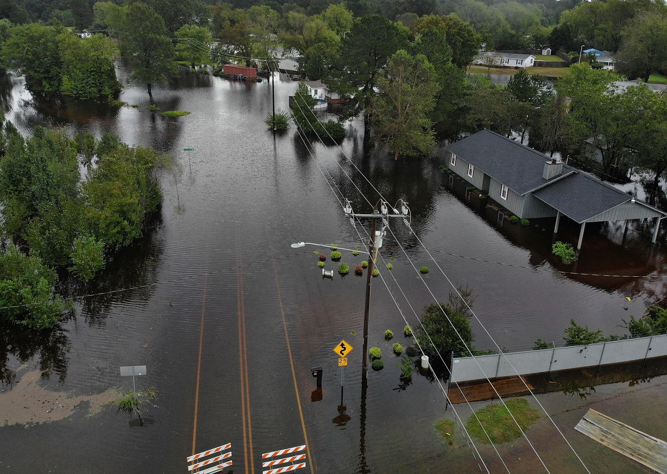 The Atlantic hurricane season officially starts June 1st and lasts until November 30th, with the peak falling around September 10th.

The effects of climate change have been felt more deeply in recent years, with wildfires and drought in the West, and rising sea levels and flooding on the East Coast and elsewhere. The climate crisis has also been linked to increased storm frequency and hurricane strength. Just last year, the Atlantic Hurricane Season produced 21 named storms (winds of 39 mph or greater), including seven hurricanes (winds of 74 mph or greater) of which four were major hurricanes (winds of 111 mph or greater), causing over $80 billion in damage. We also saw a record breaking number of storms and the third-highest number of hurricanes on record.

We’ve already seen destructive flash floods this year as Tropical Depression Fred pummeled western North Carolina, killing 5 people and leaving another 20 missing (most recent numbers as of August 23rd). The National Guard was deployed to aid with recovery efforts, and Gov. Cooper issued a state of emergency. Boil water advisories were also issued in the western parts of the state as several systems, including those in the Canton and Clyde areas, were impacted by the storm.

While the impacts of Fred were tragic, this was only a tropical depression. Now is the time to prepare for the hurricane season, and building a Disaster Supplies Kit is a great first step:

We acknowledge that not everyone can afford to respond by stocking up on necessities. For those who can afford it, making essential purchases and slowly building up supplies in advance will allow for longer time periods between shopping trips.

Preparing for potentially devastating storms is always an important step to try and ensure the safety of you, your household, and your community. However, some communities face disproportionate impacts from storm and hurricane events.

BIPOC communities are more frequently and severely impacted by flooding events compared to their white counterparts. They are more likely to live in flood-prone areas in Altantic coastal states, and are more likely to suffer financial burdens following these disasters without protection from insurance and relief programs. In North Carolina, many low-income communities in Lumberton, Robeson Co. continue to reel from the socioeconomic impacts of hurricanes Matthew and Florence. Following these catastrophic storms, land values were depressed and real estate investors hopped on the chance to make a quick dollar. Many mobile home park residents in this area, who tend to be lower-income and/or on fixed incomes, saw their rents triple after their poperties were bought up by out of state investors.

As we prepare for another active Atlantic hurricane season, we can all do our part to try and stay safe. See below a list of resources for hurricane preparedness and programs working for increased resilience.

Say NO to Duke’s Carbon Plan!